After Art: Nonfood on Agriculture and Algae 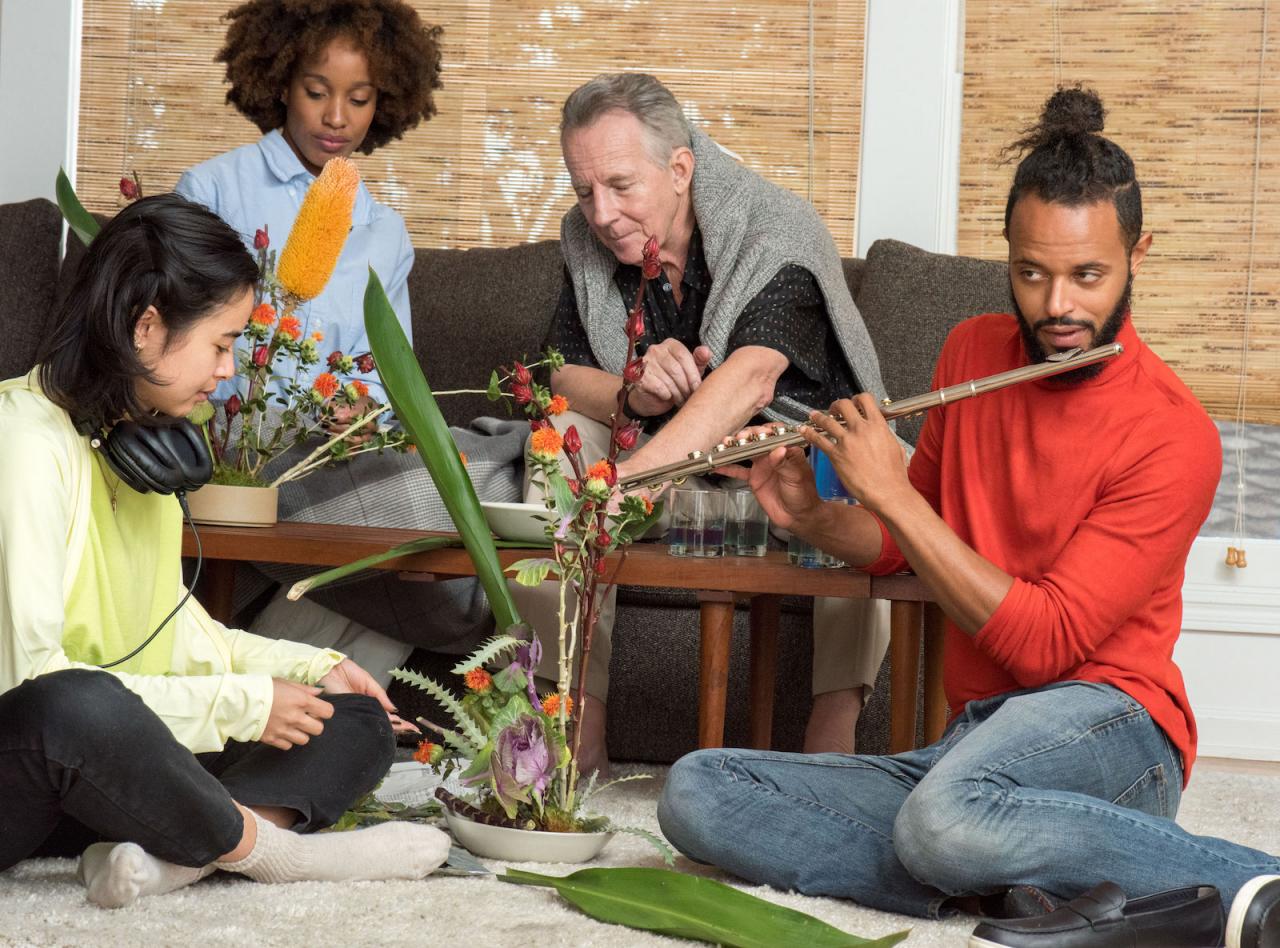 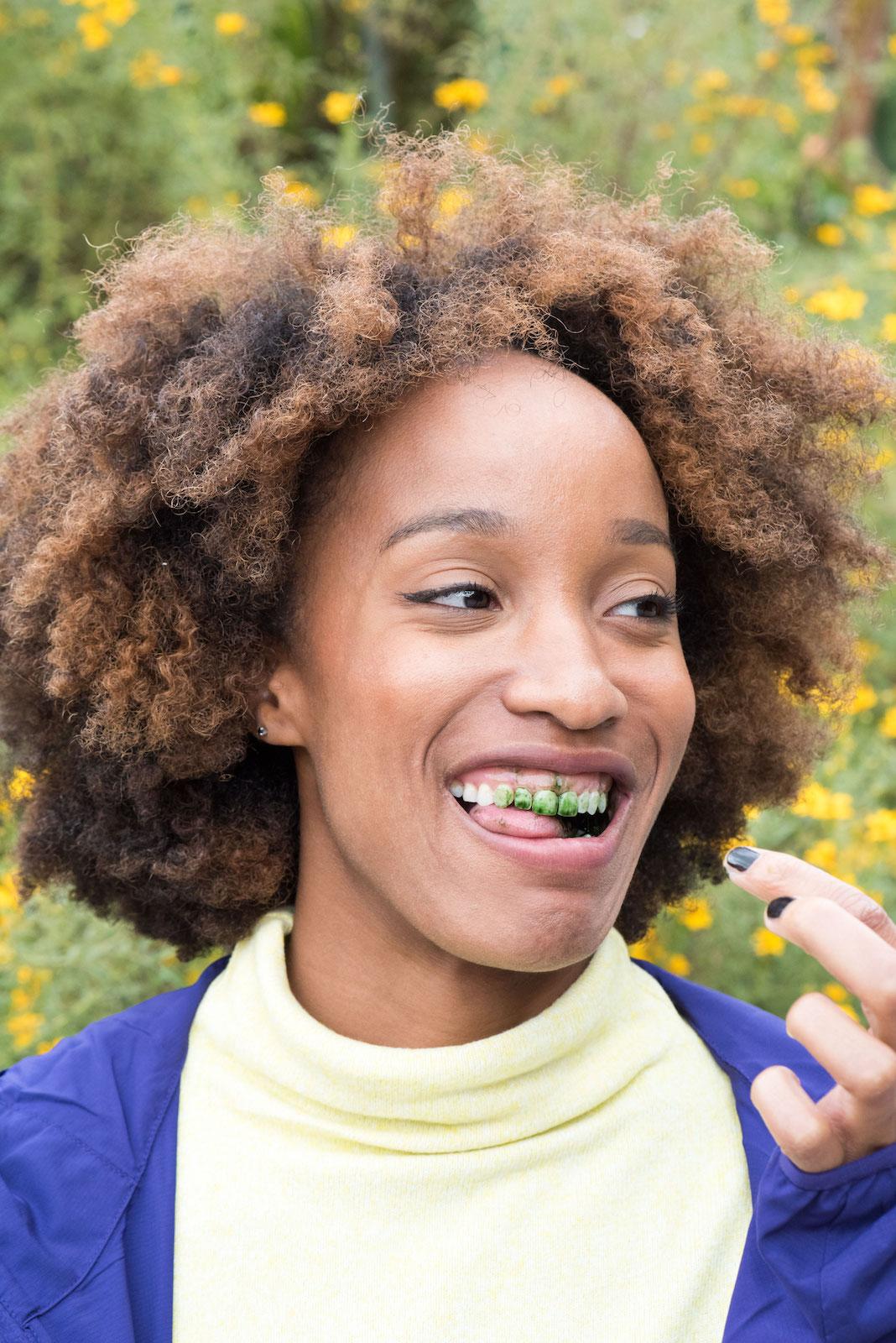 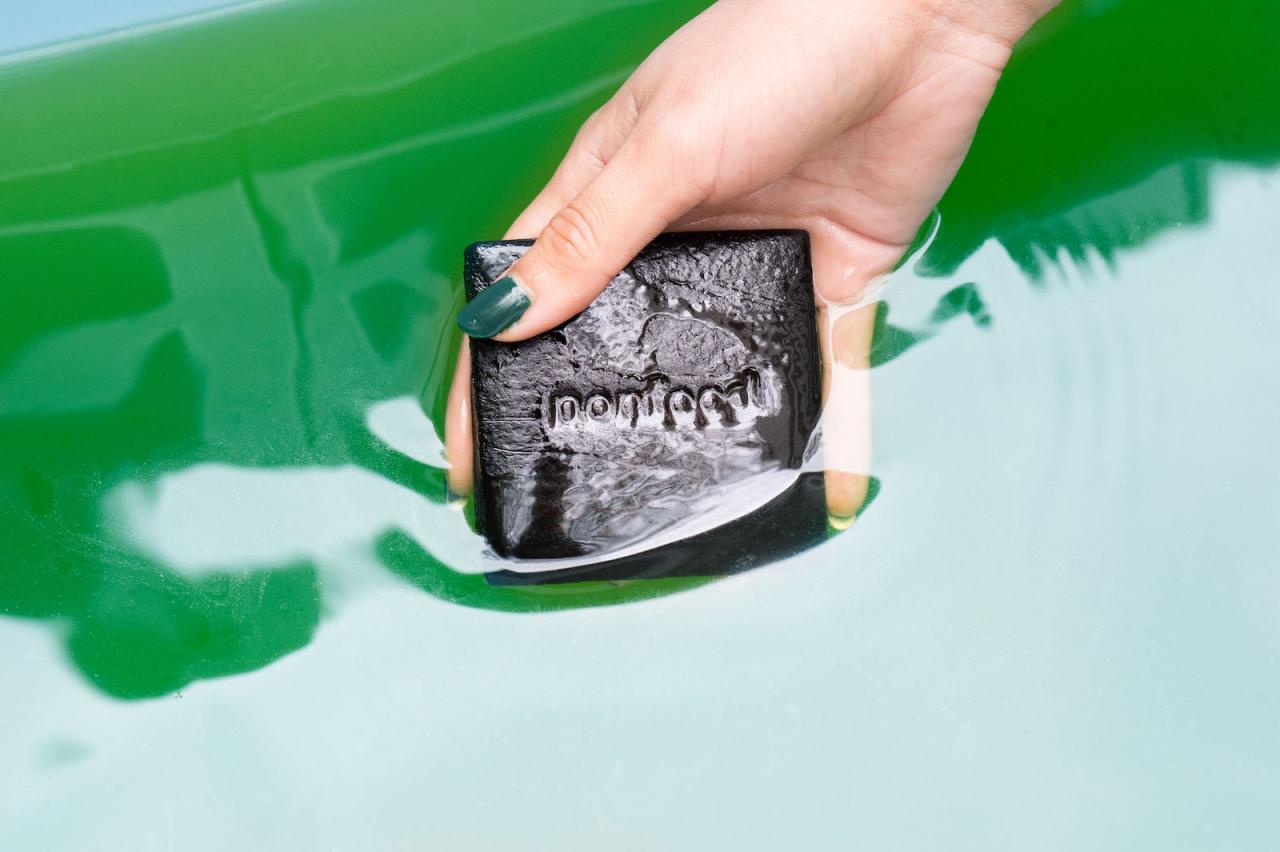 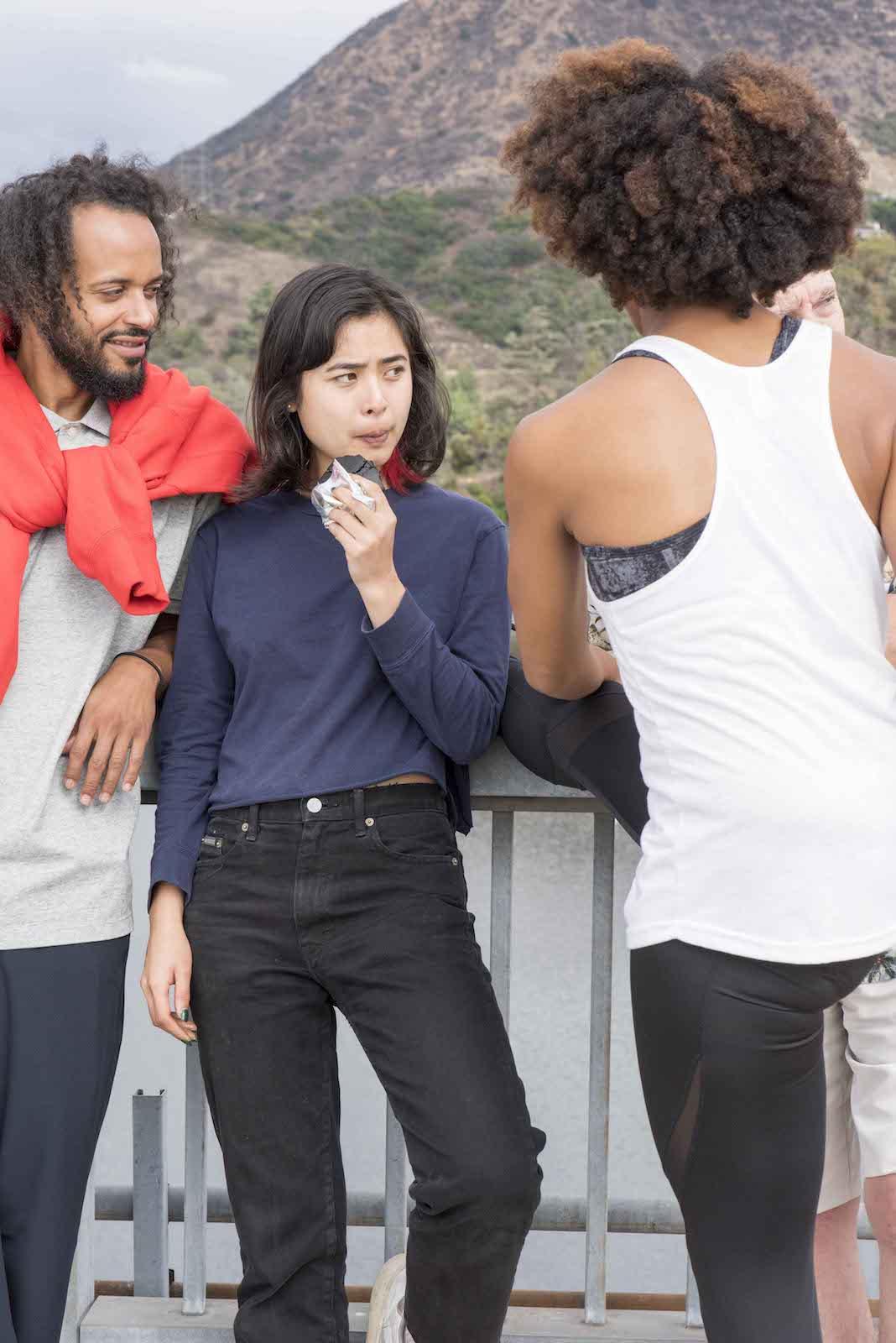 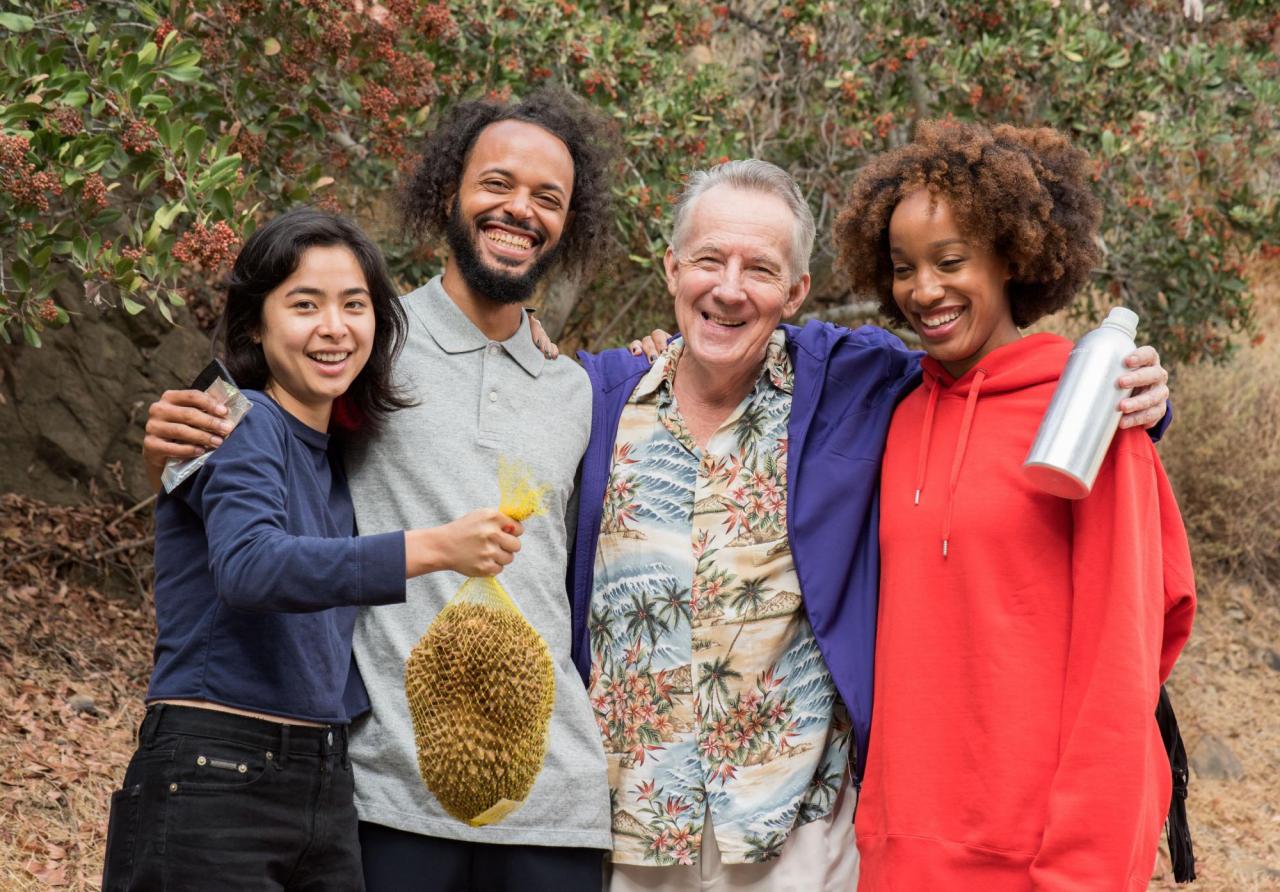 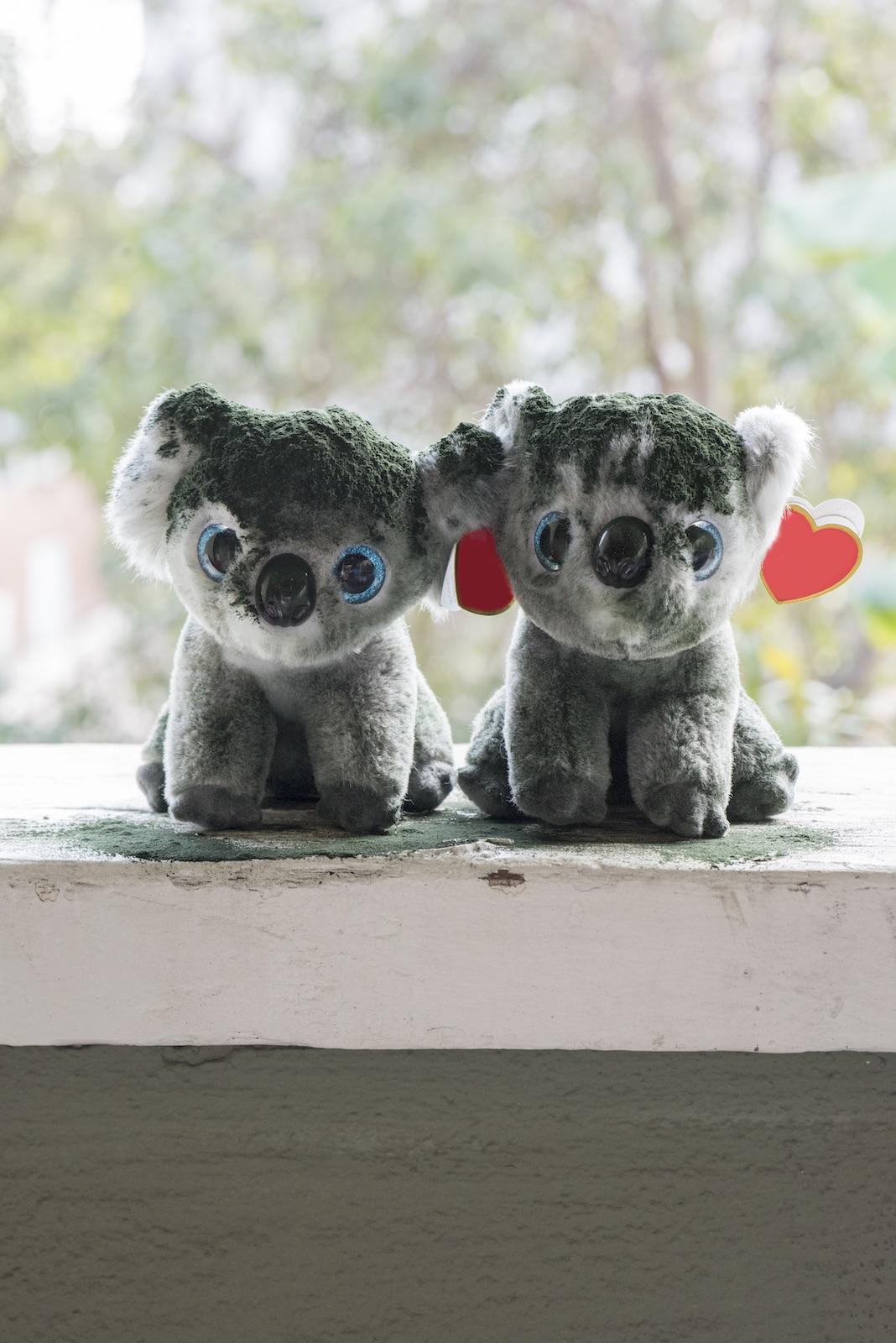 An interview with the founders of Nonfood, the company that challenges earth's eating habits.

Nonfood is the brainchild of Lucy Chinen and Sean Raspet who, together with the help of Dennis Oliver Schroer and Mariliis Holm, have developed the brand to challenge notions about food, nutrition, flavour and sustainability, as well as dichotomies between nature and technology by creating "radically sustainable algae-based foods to drastically reduce agriculture's resource and carbon footprint." Algae has long been a sci-fi dream for replacing fuel and solving world food crises and it is also estimated that marine plants (of which almost all are single-celled, photosynthetic algae) produce between 70 and 80 percent of the oxygen in the atmosphere, so it makes sense that this area is developed. Plus, as Chinen put it, “Whenever something is not catageorically definitive, it can fit somewhere in the art world”.

Nonfood originated from Raspet’s own art practice, in which he has experimented with flavour and fragrance chemistry since 2012. After working for Soylent as a flavorist, he wanted to continue with the idea of producing “artworks that are usable products”, an ethos that echoes Bauhaus with a sci-fi ilk, “making food products with abstract/non-mimetic flavour and using algae as a primary food ingredient”. Chinen’s work as a curator and writer, as well as her media studies at the University of Amsterdam and collaborations with Metahaven, aided the development of Nonfood up until the point where she and Raspet welcomed Schroer, who, along with curatorial knowledge from his project Dingum (that some Berliners may know), has experience with business, brand strategy and creative direction. They then brought on Mariliis Holm, who has studied algae as a food source and is a food and sensory scientist, having worked at one of the world's largest snacks companies Mondelēz, and Europe’s top agricultural research institute INRA.

Collectively, the collaborators share the belief that concepts born through art can shape everyday life - especially if you push them beyond the art world where “opportunities can be smaller than one would think”. Nonfood is also seen as a space for “experimentation in terms of how the product is presented and advertised”, striving to create a new vernacular for the future of food and the metabolic relationship of eight billion people to the planet's ecosystem. Their first product, an affordable algae-based nutrition bar called ‘Nonbar’, launched at the end of 2017.

Ché Zara Blomfield The documentary Cowspiracy (2014) left me pretty convinced that the general sustainability concepts that are widespread – i.e. to stop rainforest depletion due to palm oil, reduce fossil fuel and CO2 emissions, reduce waste, recycle, etc. – fail to grapple with the reality that, statistically, the farming industry far exceeds depletion of resources on all fronts: waste, destruction and emissions, contamination of natural resources. Does Nonfood represent the polar opposite, the cultivation of natural resources? Is it actually aiming to counteract consumption issues?

Sean Raspet: Yes, that is Nonfood’s goal and the reason it was founded. There is an urgent need to come up with new ways of living, including new food sources to counteract and provide alternatives to the extremely wasteful current modes of agriculture. Algae is unique because it’s highly efficient at turning sunlight, water and CO2 into vitamins and nutrients, more than any other crop.

Sean, you’ve reasoned for non-organic farming, saying the crop yield is higher, yet these single-crop, monocultures have high risks and would only lose a tiny fraction of their harvest if they didn’t use pesticides that kill pollinators.

SR: Organic farms actually do, or can, use pesticides. It’s a common misconception about organic versus conventional farming. Sometimes they actually use a much higher amount. The pesticides are generally different, though not necessarily better for the environment. I would encourage people to research the topic. Also, there are plenty of organic monoculture farms and plenty of organic “factory farms.”

The issue of organic and conventional farming is a complex one, and it’s not clear cut to say that one or the other is better for the environment; it depends on the specifics, case-by-case or farm-by-farm. I’m not necessarily a proponent of either system over the other because there is so much variation between farms that it’s impossible to make a generalization. Differences between organic and conventional farming are fairly small in terms of their environmental footprint. It’s more like the difference between two competing brands of the same product.

So are there more arguments for monoculture or organic farming than just profit?

SR:In the end it’s a question of scalability for a world with almost eight billion people. One thing organic farming does well is recycling phosphorus and maintaining soil fertility, yet one thing it may not be so good at is producing higher yields, which, as a result, translates into higher resource consumption and carbon emissions for the same amount of food.

We think there’s another, much better way, and that is of course algae. The old distinctions between organic and conventional don’t even apply with algae. Pesticides aren’t needed for something grown in a closed bioreactor system. Fertilizer is minimally used and mostly recycled within the system, and water is recycled with very high efficiency.

"Sustainability isn’t sexy. It really usually isn’t the main reason why people are attracted to something."

It’s interesting when considering consumption, especially of food, that the notion of sustainability itself is unfounded, that presently there are no accessible sustainable solutions. Do you think Nonfood provides an alternative?

Lucy Chinen: Sustainability isn’t sexy. It really usually isn’t the main reason why people are attracted to something. Usually sustainability has to be a sidecar to some sort of ‘quality over quantity’ or ascetic doctrine in order to be adopted. When faced with the idea of sustainability itself, I think most people just feel imposed guilt, because obviously modern society is wasteful. Like technology, food production happens somewhere else; it’s very hard to feel a relationship to CO2 levels via your Zara purchase. People are also selfish, so in order to be sustainable you have to appeal to a consumer’s self-interest. In the case of food, it’s nutrition. We are trying to make new moves in that area as well because we don’t subscribe to the high-carb food pyramid that is today’s standard. By now we know that old sugar adverts claiming increased energy was just marketing. There is so much un-doing of food marketing that needs to be done.

I think creating new modes of production and distribution of food is key to mass adoption. I would like the culture of sustainability to be interesting and strange – not hippy or tree hugger. Nonfood is one way to work through these possibilities.

In the documentary Beyond Food (2017), a nutritionist claimed multivitamins don’t work because the body can’t process individual vitamins when they are combined. Do you know much about this? How can the nutrition of Nonbar, or even algae, be quantified in consumers?

Mariliis Holm: Many people consume multivitamins just to feel secure that no micronutrient is underrepresented in their body at any point of time. However, by eating a balanced diet, it is usually possible to get all the essential vitamins and minerals from daily food sources. Nevertheless, in both cases it is true that some vitamin-mineral and mineral-mineral combinations have inhibiting effects on each other. For example, four minerals such as magnesium, copper, iron and calcium all compete for absorption and too much of one can lead to low blood levels of the others.

One of the biggest issues with mineral absorption is in iron deficiency, which has lately increased as a result of the flexitarian, reducetarian, vegetarian and vegan movements gaining global momentum. When consumers decrease the amount of animal products in their diet what can easily happen is that the necessary amount of iron is no longer met. Iron deficiency causes low blood oxygenation, which then causes tiredness and, in extreme cases, early death. To combat iron deficiency, consumers are advised to take iron supplements or eat spinach to get their daily dose of iron. However, spirulina, one of the microalgaes used in the Nonbar, contains 20-times more iron than spinach. In addition, the iron in spirulina and Nonbar is bioavailable which allows the body to fully absorb it.

To quantify the macro- and micro-nutrients in oneself, a person has two options: either to use various nutritional apps which will make estimated calculations or to get their blood tested for a more reliable answer. Homediagnostics such as Cue are already rolling out for people to measure vitamin D levels conveniently at their own homes.

What is some of the research, or some of the sci-fi, that inspired Nonfood? I’m recalling ideas of algae as bio space travel fuel and the kind of ‘algaculture is the answer’ doctrine facing both world food and energy crises.

LC: Although algae has appeared in a number of sci-fi worlds, I would say that reality inspires Nonfood. The way food is produced now will conclude in a future that is structurally dystopic. Looking at the reality of that situation creates an interesting design problem. Research into food culture in the past helps us consider the current adoption of new ingredients (new for the western world), like algae, to be a cultural challenge.

MH: The United States, European Union and Soviet/Russian space agencies already explored algae as a potential food and oxygen resource for space flights in the sixties. In 1974, the United Nations World Health Organisation declared one of the algae – Spirulina – to be the best food for the future. Last year, the BIOMEX (Biology and Mars Experiment) announced that algae can survive nearly a year and a half in the extreme conditions of outer space. Algae definitely has the potential for future Mars missions as well as sustainably feeding Earth.

LC: So although algae seems futuristic or from a world of fiction, it has been a part of contemporary reality for some time now, both to preserve life on earth or in space.