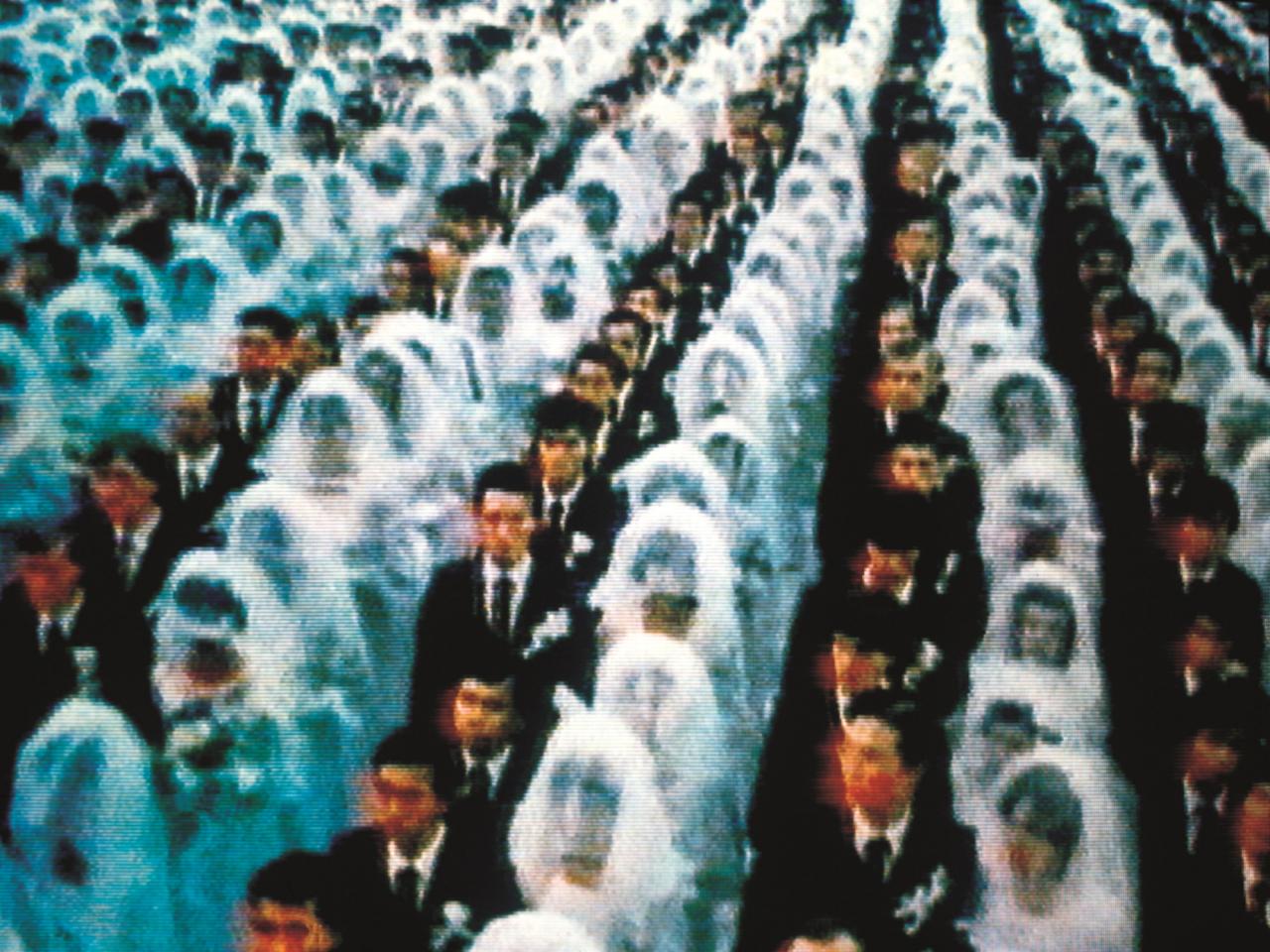 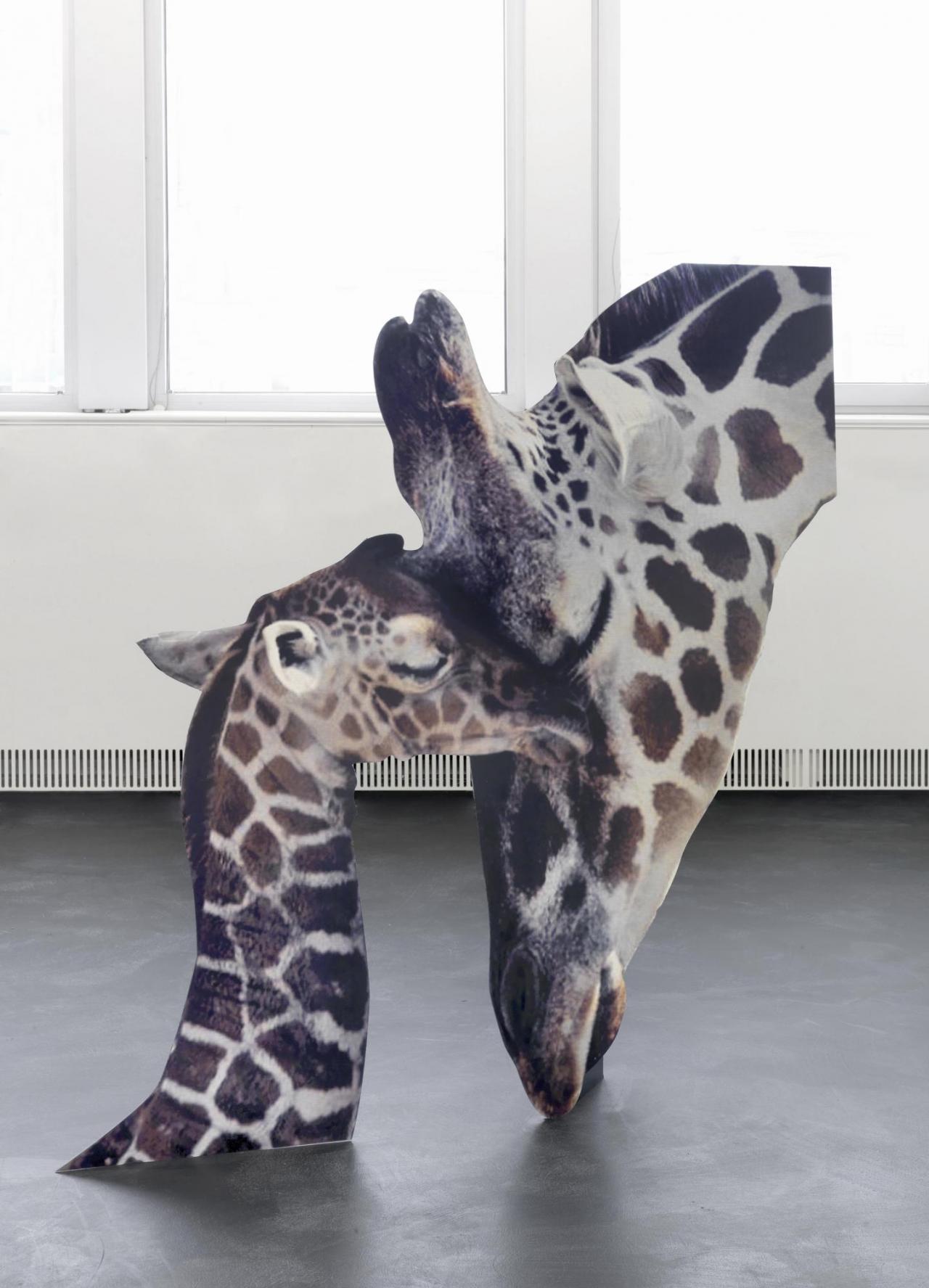 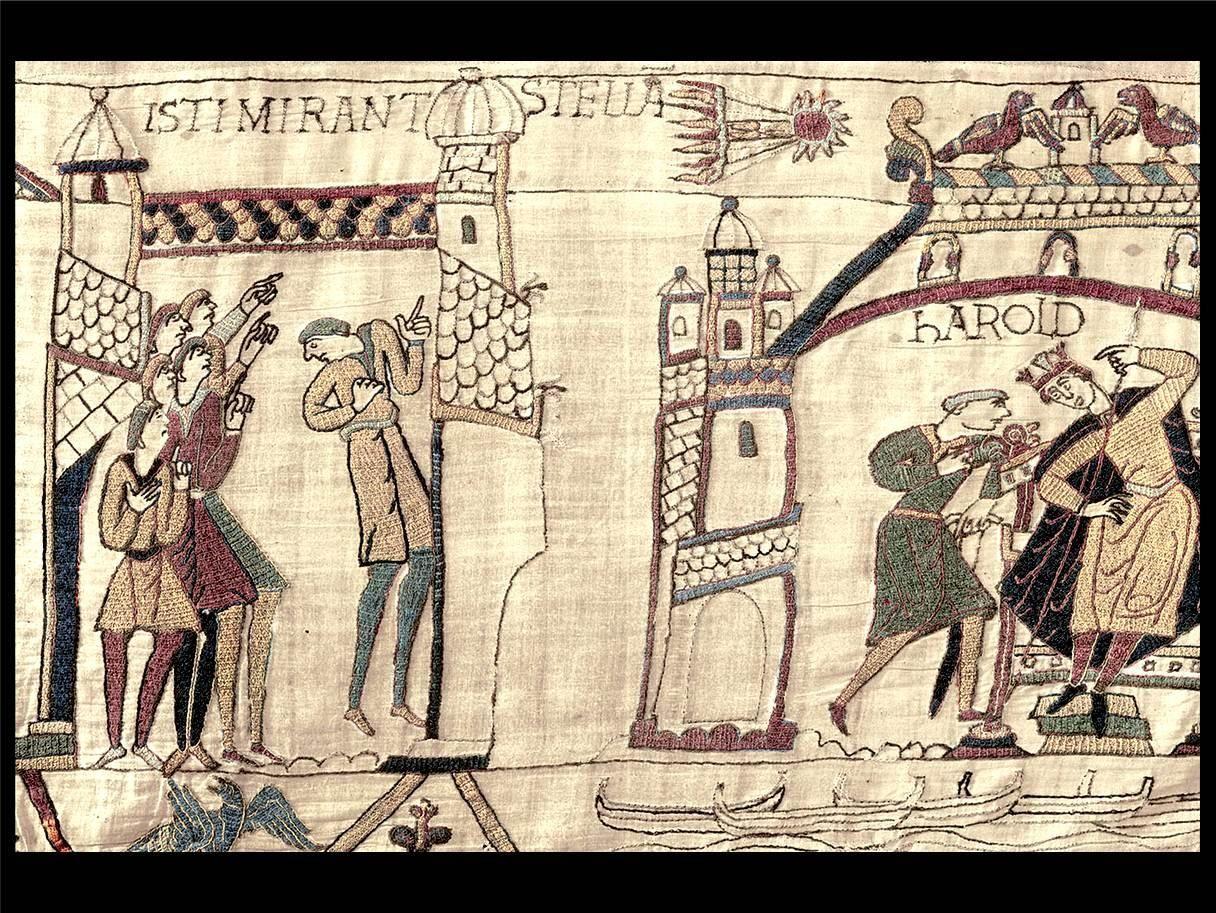 »What terrorists gain, novelists lose.« Grimonprez’s frenzied documentary film about plane hijackings struck like lightning at Cathérine David’s Documenta in 1997. Like no other work, this harbinger of the 9/11 era and the so-called War on Terror shows the emergence of a global age of political discontent and mines its deep visual resonances. Built around a straightforward timeline of plane hijackings, the story is liquefied by music by Van McCoy, a voiceover from Don DeLillo’s books, and impossibly crazy sourced television footage, making Dial H-I-S-T-O-R-Y a disconcerting Pulp Fiction of 90s art film, yet one that has resists, surpasses, and survives that period’s general depoliticisation. Grimonprez is currently working on a new film, and we can’t wait to see it.
*1962 in Roeselare, Belgium, lives in Brussels

A baby giraffe and her mother share an intimate moment together in 5000 dpi. But there’s another side to this story – literally so, in Novitskova’s sculpture Approximation II. The back of this staged hyperreality is a black, minimalist, constructed silhouette, which is no less moving than the front. Novitskova is a graduate of the Sandberg Instituut in Amsterdam [where Metahaven’s Daniel van der Velden teaches], which partially explains our personal involvement in her work and way of thinking. Novitskova’s visual intelligence has opened up a world of reflexive, high-resolution philosophical pop with a deeper, darker edge – the currency of someone like Richard Hamilton. Her work seems to reflect upon and at the same time embody the ephemeral authority of forecasts and speculative economies, a prediction of a world – with and without nature – to come.
*1984 in Tallinn, lives in Amsterdam

Fahlström’s politically motivated artistic experimentation has always been a big inspiration to us. It’s not easy to find an artist we both like, and have continued to over several years. We’ve had the pleasure of seeing some of his Monopoly games for real, but we mainly know his work through reproductions and rare catalogues that we’ve bought second hand. Making paintings, installations, multiples, and films, Fahlström was a multimedia artist before that word even existed. He addressed geopolitics in the unique voice of his own humorous proto-Pop art, which was accessible like a comic strip but autonomous like a painting, even if it was also overloaded with references. In the shadows of a neoliberally globalised world, it’s hard to imagine someone in the 60s and 70s making work this beautiful and relevant – it could also be a response to the world of today.
*1928 in Sao Paulo, †1976 in Stockholm

The hypervisual universe of the post-Internet world has recently been enriched with a new meme: the Power- Point presentations of the NSA that were leaked by Edward Snowden. Conventionally PRISM, XKeyscore, Boundless Informant, and other such gemstones of the surveillance state are seen as simply cases of »bad« graphic design. But there is something more at work here. These graphics were made without graphic sensibility, but more importantly, without the expectation of their ever being seen by a wider audience. Coded language, smileys, in-jokes and puns are used freely, and the clumsiness of the visual architecture brings to mind a messy room much more than the ugliness of Comic Sans. The slides show what happens before design comes in to smoothen the message for an audience. The NSA’s giant, acronym-ridden shadow world has its own visual conventions, and thanks to Snowden we know what they look like: as if the swastika had been replaced by its drop shadow. —

With all of today’s talk about handicraft, why not look again at this 70-metre long piece of embroidered graphic design from the early Middle Ages? Ostensibly a record of the heroic victory of William the Conqueror in the Battle of Hastings, the tapestry, of course, does much more than that. At one point, the tapestry reads ISTI MIRANT STELLA , »these are wondering at the star.« The star, in this case, was Halley’s Comet, which passed by the Earth at close range in the year 1066 and was seen as foretelling William’s impending victory. The Bayeux Tapestry makes us think about the role of graphic design as a medium that records, stores, and interprets contemporary events – including seeing stars – and so may be understood as a medium of subjective documentation. In its hallucinatory narrative grandeur, the Bayeux Tapestry has got it all.

Metahaven is a studio for design and research based in Amsterdam. It operates in the spaces between graphic design, art and architecture. It was founded in 2007 by Vinca Kruk (*1980) and Daniel van der Velden (*1971) and focuses on the political and social dimensions of graphic design. The studio designed the visual identity for WikiLeaks, among other projects. A solo exhibition of Metahaven's work took place earlier last year at Future Gallery in Berlin, as well as at MoMA PS1 in New York in 2013, the Künstlerhaus Stuttgart and Casco in Utrecht in 2009, and at the CAPC in Bordeaux in 2008. Group exhibitions include Power of the Powerless at the Kunsthalle Baden-Baden in 2013, the Gwanju Design Biennale in 2011, Museum of Display in 2011 at Extra City in Antwerp, and Manifesta 8 in 2010. 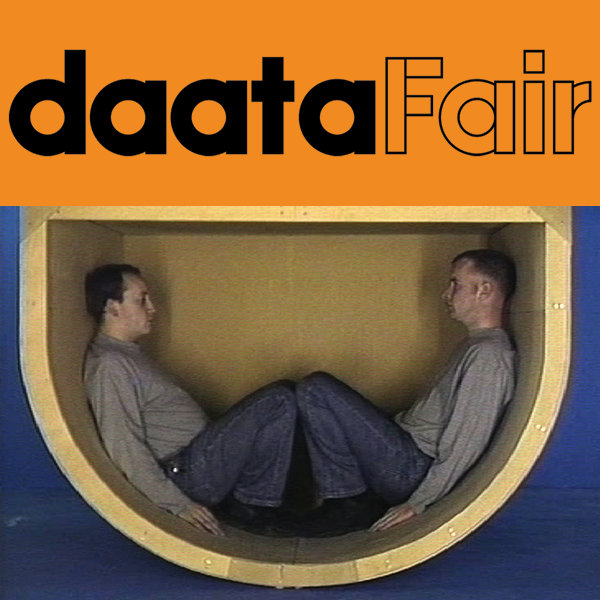