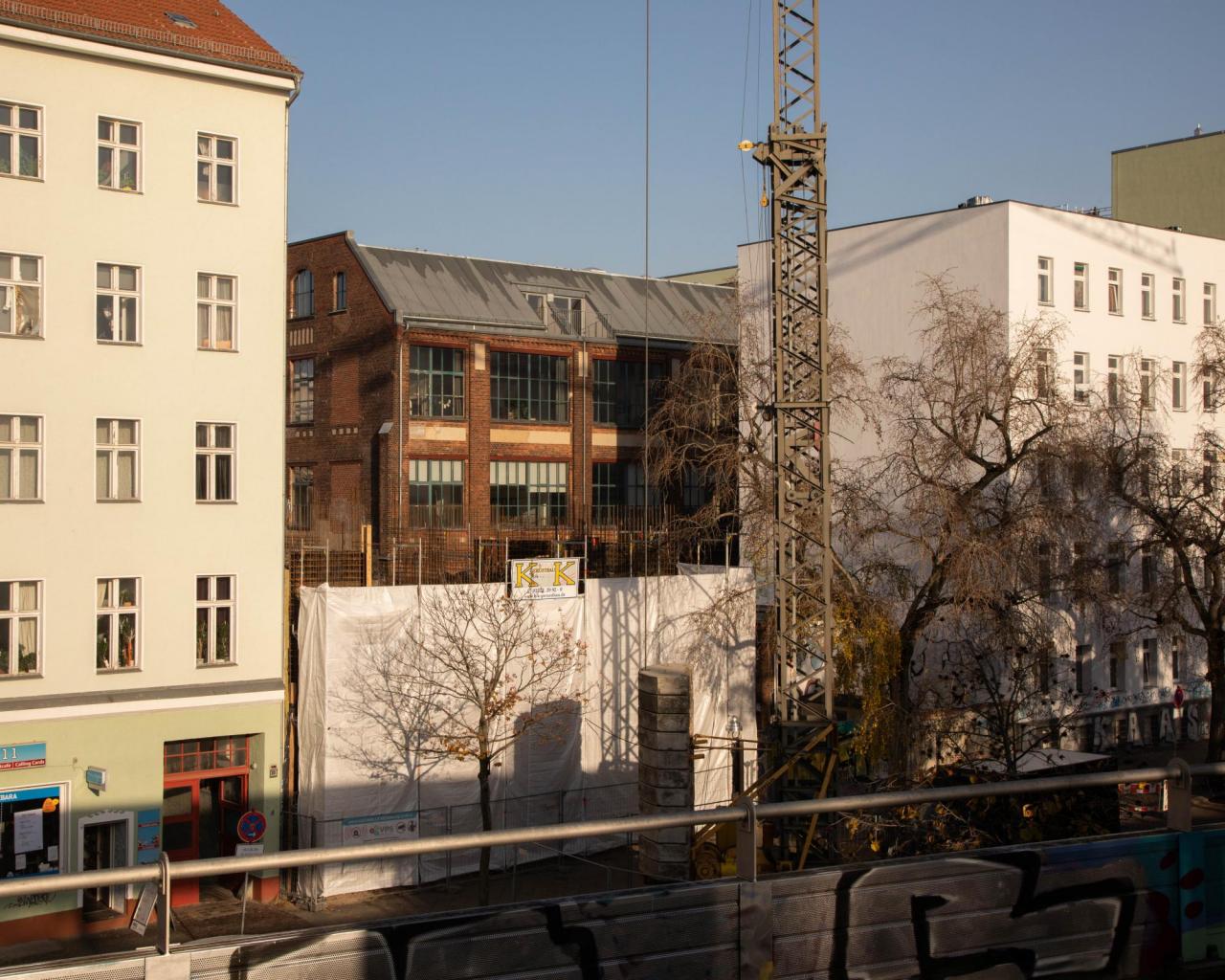 What do you do when you can’t spend your days curating shows, your evenings at ritzy gallery dinners, and your nights in the clubs? We asked three gallerists, two artists, one writer, and one collective what the next chapter holds for Berlin, and their answers, unsurprisingly, varied as much as their relationship to the city they call home. What’s down the dirt paths of this wide-open metropolis, other than Brandenburg? Is Berlin over, and if so, where’s the afterparty? Six takes on the German capital.
Photos by Philippe Gerlach

I don’t know if I see it clearly, where things go for the Berlin art world after lockdown. It feels like there is no post-lockdown moment for the Berlin art world, from my perspective one week into quarantine after contact with a colleague who is recovering from Covid-19. Reopenings feel like they are on borrowed time. Whether or not this is the case, this is the feeling as I write this.

I am not exactly mourning the disruption of the art world calendar. In many ways, the fact of being able to gather around a cultural event, at all, is perhaps less taken for granted, especially as the plethora of online programming swells up in compensation for live contact. In a disruption of the usual protocols there is a precious time for recalibration. In this time of social distancing, I am asking myself what flourishing together looks like and feels like, and how we can facilitate it in our communities at the local, national, and international levels? How are we humans going to respond to the crises that define our time?

Reflecting on the definition and the origin of the word “crisis”, I realised that I had forgotten that aside from con- notations of intense difficulty or dan- ger, crisis also refers to “the turning point of a disease when an important change takes place, indicating either recovery or death”. The latter use of the word in English comes from the late Middle English medical Latin, from Greek krisis meaning “decision”. The “crisis” or “decision-making” time is upon us but it is not happening to us – the krisis is ours to make.

While the usual possibilities for sociality may be radically reduced, I see many compelling experimental forms to replace them. In Berlin and its surrounding regions I hear of plenty of future-facing cultural programming happening. There is Callie’s Berlin, a new experimental art institution that offers artist residencies and curated programming. Solvej Helweg Ovesen of Galerie Wedding reached out to me this year and invited me to co-curate and host a programme of performances and workshops that will unfold in public space and at the gallery in the coming year. I see this as a commitment from someone running one of the städtische (municipal) galleries in Berlin to connect to the perspective of local artist practitioners. There are new initiatives bridging art and environmental activism like E-Werk Luckenwalde just an hour’s ride south from Berlin Central Station. Léna Szirmay-Kalos, the creator of the Montag Modus, an event series highlighting different formats that experiment between exhibition and performance formerly held at Collegium Hungaricum Berlin, has now taken the series into sites like the Alte Münze in Mitte and other locations across the city. Low Text centres the everyday texts that surround us and examines them through readings and performances. The artist-run, Very–project space has been offering short-term residencies and hosting small showings. Cashmere Radio, a not-for-pro t community station based in Lichtenberg, is doing great programming including Transience Radio hosted by artist and DJ Lou Drago. Just one hour north of Berlin by train, in Brandenburg, there are some interesting spots that have been around for some time hosting experimental programming in sound, movement, cooking, somatics, and permaculture gardening like Kulturpark Stolpe, Ponderosa in Stolzenhagen, and Dirk Bell’s house and ongoing artistic project in Kaakstedt, Weisselaaken.

At the end of last year, before we knew the world would change so radically so fast, Dirk and I started cooking broth at my studio at Callie’s and inviting some people over. Exercising our individual hosting practices, we came together to create low key mises-en-scènes with a focus on sound or a particular topic of conversation. We continued these small gatherings, “Broths” with the Corona restrictions throughout this year. As Corona started to affect Berlin it felt like the kind of thing that was still possible within the restrictions and actually felt urgent as though it was something we had been missing. It’s a moment to recon- sider formats and experiments in smaller gatherings. I am thinking of the party and collective action platform, Lecken’s (a femme-forward collective for nightlife in Berlin) techno drifts over the summer in Tempelhof; Dmitry Paranyushkin’s 1980s body-mind training sessions in the cityscape that were happening as an improvised collective choreography replicating swarm dynamics; and Lilly Pfalzer’s Hold a Ghost performance that moved and crawled through the district of Friedrichstadt.

In the coming years I want to steadily decrease my international travels, do more public-facing activities from my Wedding studio at Callie’s and address my city. I don’t know how this will affect my finances, but I will just have to jump into this new period and find out. It strikes me as a time to ground oneself, to quite literally get in touch with the ground where one is currently bound. What does it mean to commit to a place? What does it mean to be an assemblage of minerals, microorganisms, nonhuman life, and nonlife? What does it mean to be a constituent of a locality, a community, a neighbourhood, a nation? I have no idea. I have been a member of a class of cultural workers that knows at once too much and too little of the world in fast forays across the globe. Until now.

ISABEL LEWIS is an artist, dancer, DJ, and theorist. She moved to Berlin in 2010.

– The full version of all texts appears in Spike #66. You can buy it in our online shop –

Philippe Gerlach, Callie’s as seen from the Wedding S-Bahn station, 2020