A Postcard from Minsk
by Artur Klinau 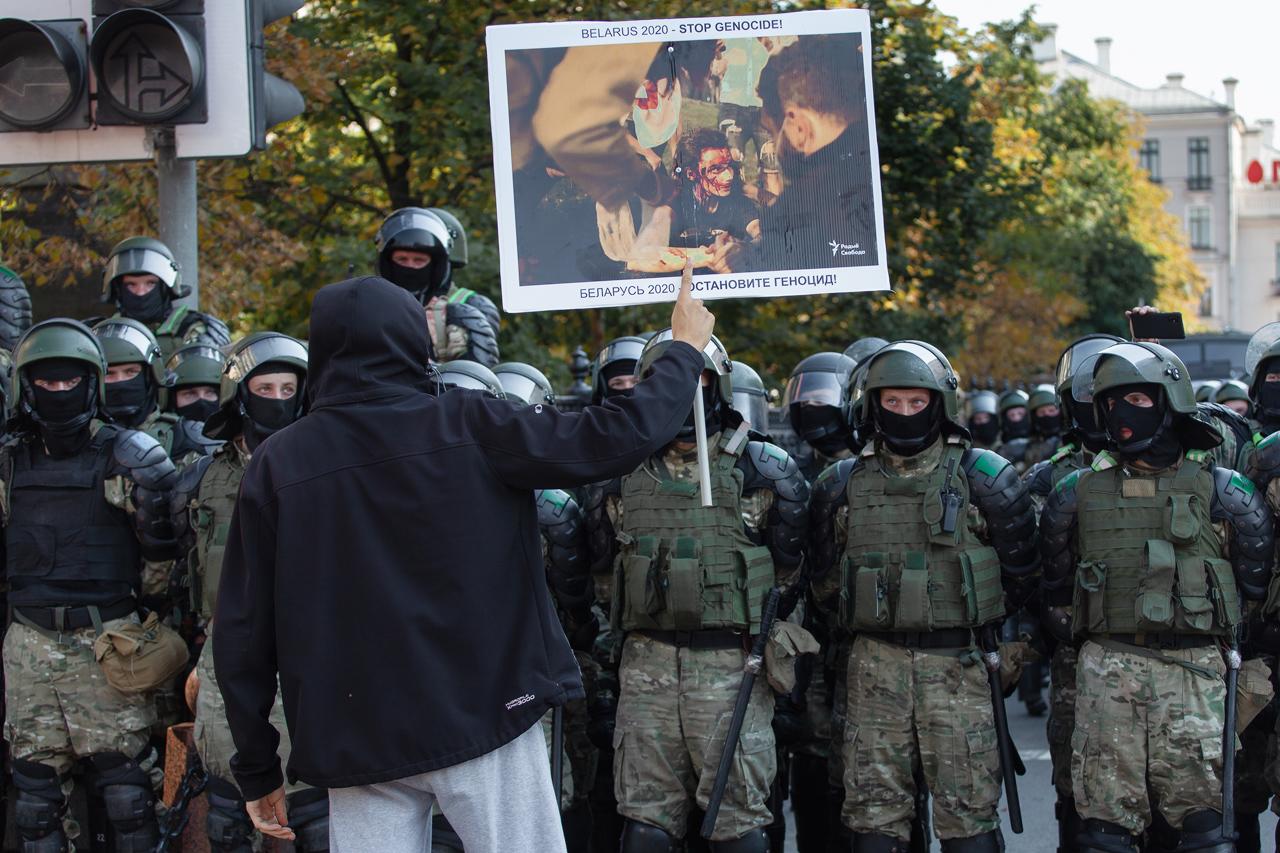 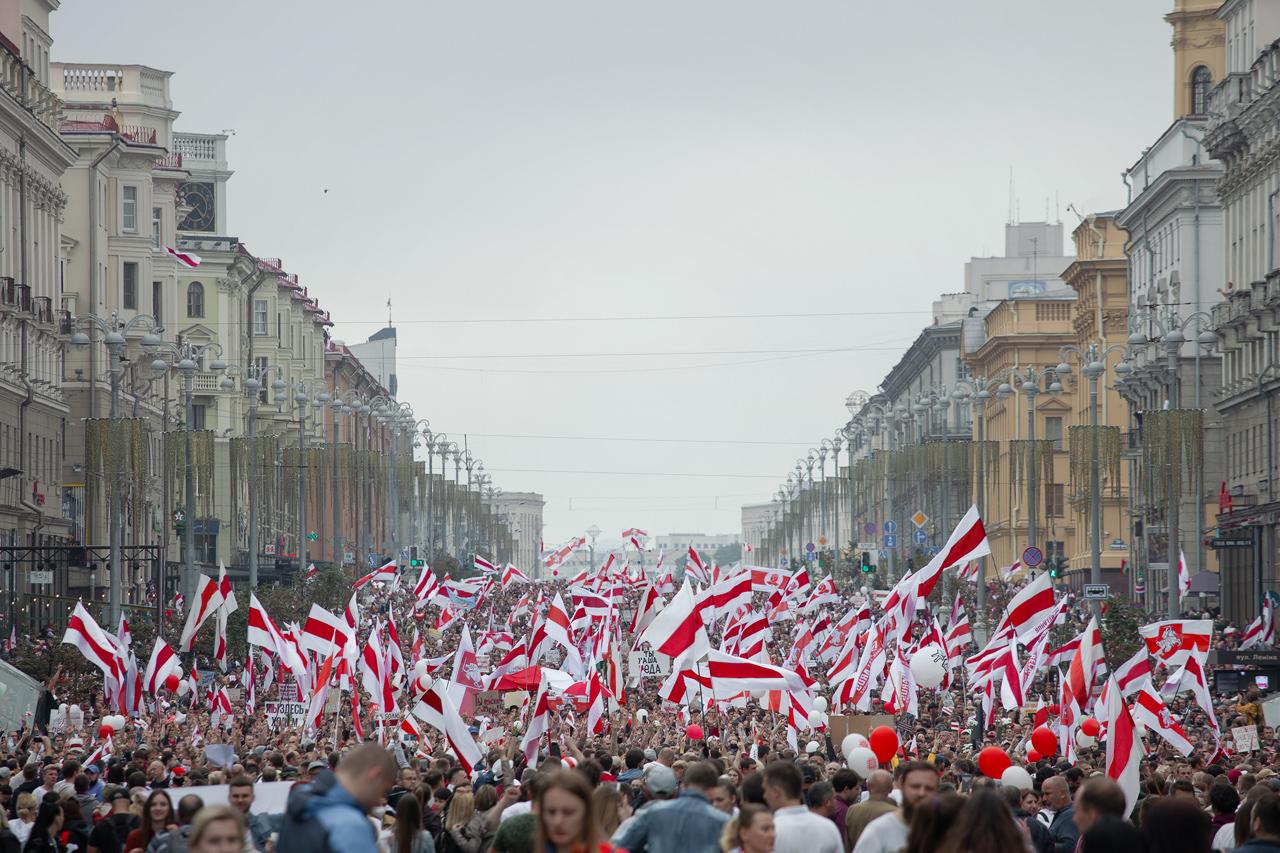 Almost twenty years ago, when I began shooting “The Sun City of Dreams”, I liked to go out into the centre of Minsk on early Sunday mornings. At that time of day, the city is completely empty. According to an old tradition, on Sundays the people of Minsk leave for their dachas, and the only ones who remain are those on the job or with no place to go.

Some Sunday mornings, there is not a single person in the giant squares of the totalitarian-styled centre of Minsk. It is a fantastic sight, as if from a de Chirico painting. If there’s sun, majestic shadows rather than people walk across these vast spaces. In moments like these, the City of the Sun lives up to its nickname. It suggests the grandiose scenery for the play Utopia – a sun-drenched, ideal city created for an ideal person.

As a child, these vast empty spaces frightened me. From all sides, anxiety would seem to shroud them. They lend no comfort to a lone wanderer. Later, I came to understand it. Perhaps, were I the ideal person, I would feel comfortable there right away. Thus the meaning of this vast emptiness opened itself up to me. This city was just waiting for the man to match it. We imperfect people are not worthy of this city, so it tries to push us out, scare us, expel us, deny us. We are an alien, accidental element in these ideal spaces.

Plato’s ideal man, like that of Tommaso Campanella or Thomas More, lives in a totalitarian state. The ideal subject has no personality. He is perfect in everything: reasonable, obedient, beautiful, physically fit, has no bad habits, loves to work, is fearless, morally stable. The ideal utopian society is the sum of standardised, perfect people, equally excellent in all things. Democracy does not know the ideal subject. It is a potpourri of individualities, each with their own virtues, complexes, passions, and weaknesses.

Minsk has changed this year. It is no longer empty on Sundays. People try to stay in the city on weekends, and many people come from other parts of Belarus. For several months now, protest marches have been held here every Sunday. These are giant demonstrations, hundred thousand, hundred fifty thousand, sometimes two hundred thousand people gather. The first August marches felt like festivals or merry carnivals. Huge marching columns would pass through the city under many white-red-white banners, people would sing, carrying posters with captions from serious “Sasha! [Alexander Lukashenko] You’re fired!” to funny “Everything is so bad, even the introverts came out.”

Then the demonstrations turned into a game: how can small lines of protesters from different parts of the city bypass the police cordons and gather into one big march – and how can they disperse at the end, avoiding capture by the OMON [special police forces]? In recent weeks, the marches turned into total sweeps. Gangs of faceless – balaclava’d – humanoid creatures chase people around the city, grabbing everyone who seems suspicious. Many are brutally beaten and thrown into avtozaks – dark grey mini-prisons on wheels, an invention of the ruling regime. Last Sunday, they captured almost one and a half thousand people and sent them to jail. But the people still come out. And not only on Sundays.

What do they want? Why do they risk being caught, beaten, tortured, and even killed? They want democracy.

They don’t want to become the ideal subjects that this totalitarian regime wants them to be: hardworking, strong, tireless, obedient, but not questioning, beautiful and healthy enough to give birth to the “right” offspring. This power would like to see in them a levelled model of a person, ideal for totalitarianism.

Curiously, as of late, the “City of the Sun” is even more deserted on Sundays. Black-masked creatures (the ideal subjects of this power: thoughtless, cruel, ready to carry out any order) cordon off the area into a tight ring and don’t let even the occasional passers-by inside. It makes for an absolutely surrealistic picture. It is no longer de Chirico, but Salvador Dalí: Premonition of Civil War (1936). The thousands demonstrating now avoid the “yellow city”, as I call it, as all its pompous buildings and palaces are painted yellow. They take other streets, less wide, less perfect and beautiful. There are no perfect squares on these streets, but scraped asphalt and broken benches. There are no palaces on these streets, but high-rise blocks. But these streets are not empty: the people walk and live there.

When the powers close off their sacred “yellow city” on Sundays to guard its emptiness, I feel their uneasiness, their own premonitions that they won’t admit to. Is it their ideal subjects they are waiting for? Or do they feel their own end approaching?

Artur Klinau is an artist, writer, publisher and editor-in-chief of pARTisan magazine. He lives in Minsk.