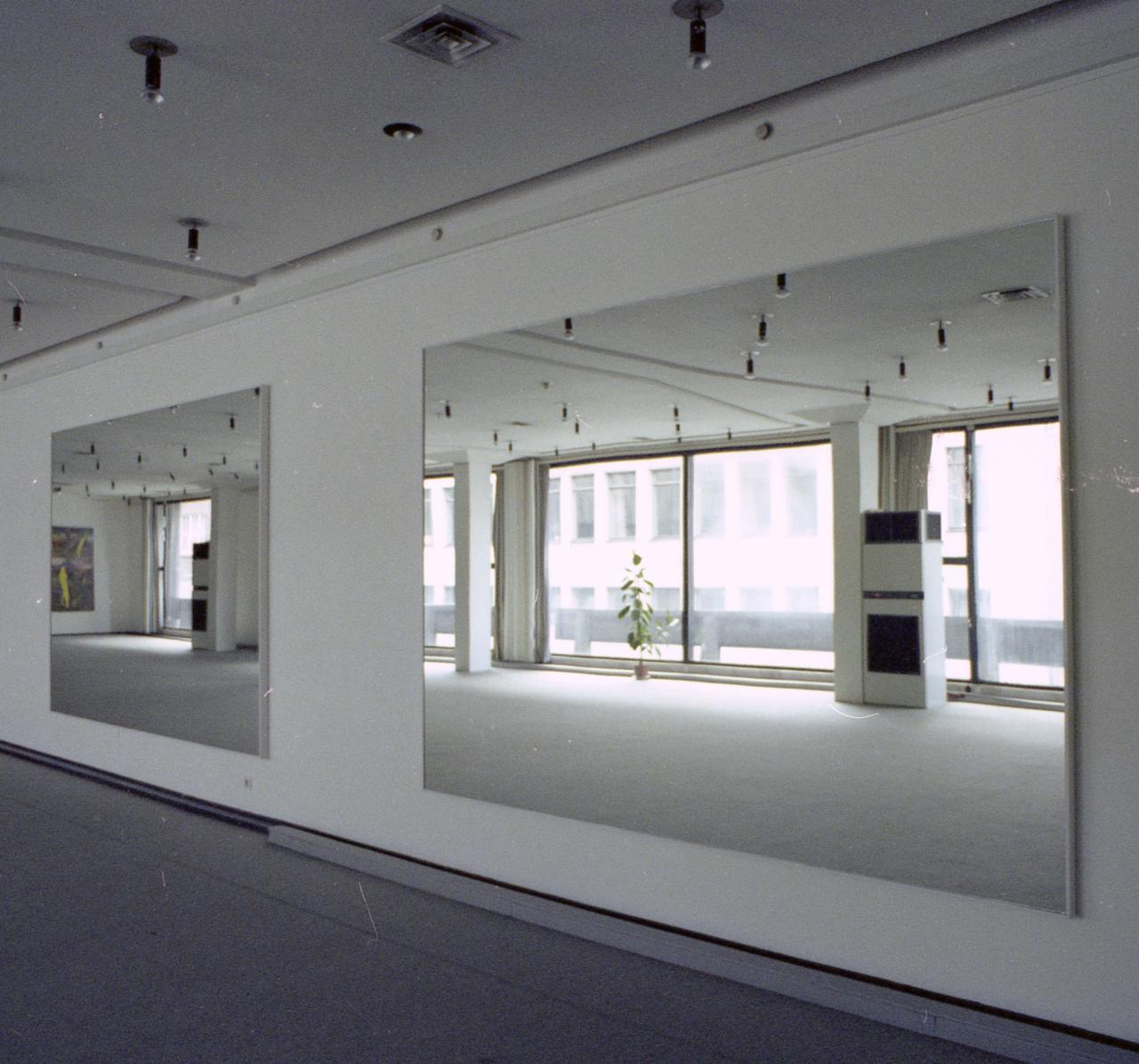 When I was 16, my class visited the Kunsthalle Düsseldorf to see a Gerhard Richter and Georg Baselitz exhibition. One of the Richter works there, Mirror (1981), made an enormous impression on me. I was fascinated by its conceptual, abstract precision. I found it radical, timely and somehow New New Wave all at once. It was one of Richter’s first mirror works, although I’d known his blurry, photorealistic paintings since childhood. Along with Joseph Beuys, Richter had helped shape my sense of what art could be. With the mirror piece, he directly aligned himself with Conceptual art and asked what, in such a context, was left for painting. His answer seemed to be that paintings are representations of reality, windows to the world.

The early 80s were an extremely politicised time in West Germany. For my generation, contemporary art and music were the keys to understanding the world. Already back then, Richter was deconstructing the idea of the autonomous artwork, incorporating the observer into the work in a way that made it clear that it emerges from and operates within a specific context, just as in real life. In other words, the mirror stands for Richter’s theoretical and aesthetic engagement with the world.

And that’s exactly what I still find interesting – that artists can open up a space for social and political issues to resonate.

But the ambivalence of Mirror was just as gripping; as the viewer, you are confronted with yourself, with your own perceptions, as opposed to a finished pictorial scene. Just as our surroundings are always in flux, the image changes continuously, and in doing so not only calls into question the idea of a stable reality, but also visualises the ephemerality of each fleeting moment.

It was also in the 80s that Richter began working with Isa Genzken, who became very important for my work as a curator. Her work is very profoundly engaged with the social world around us, as it finds expression in architecture or consumer goods and advertising images. I have always been fascinated by her reflections on public space as social space in global cities, as well as by the utopian potential of a different possible reality that is articulated in her works. Again and again she has used mirror foil and other reflective materials. They always remain distorted, even though they create an impression of an accurate representation – something like a distanced view, from the outside. These reflective elements are always also mirrors of a reified subjectivity and thus an expression of the current constitution of the social. Her works present the cool surfaces of a world made real through consumption, even as they take up the ideals of modernism and show the inextricable connection between utopia and dystopia.

Genzken and Richter also shared this interest in public space as social space. One example, also from the 80s, was their collaboration on the design of an U-Bahn station in Duisburg (which was completed only in 1992). I admire both artists a great deal for how their work functions as a proposal for looking differently at familiar surroundings – how it casts a critical light onto the present and takes this as the starting point for the invention of a radical new reality.