Now Zero: Ninja of the Nth 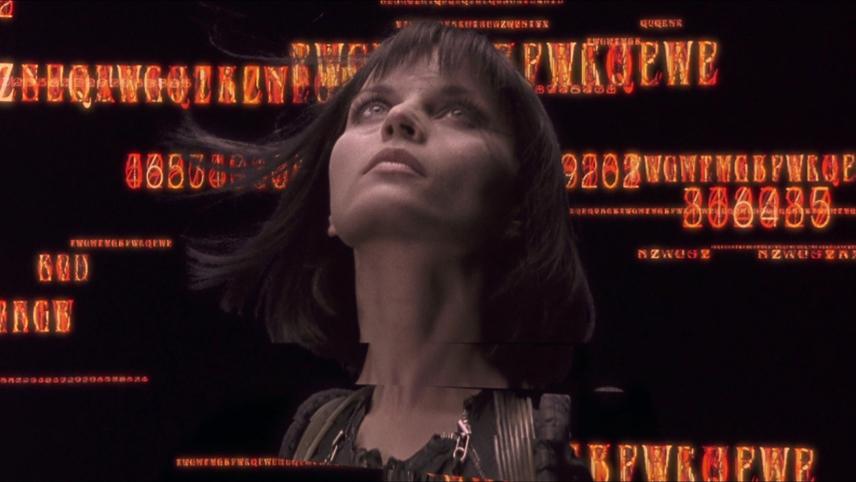 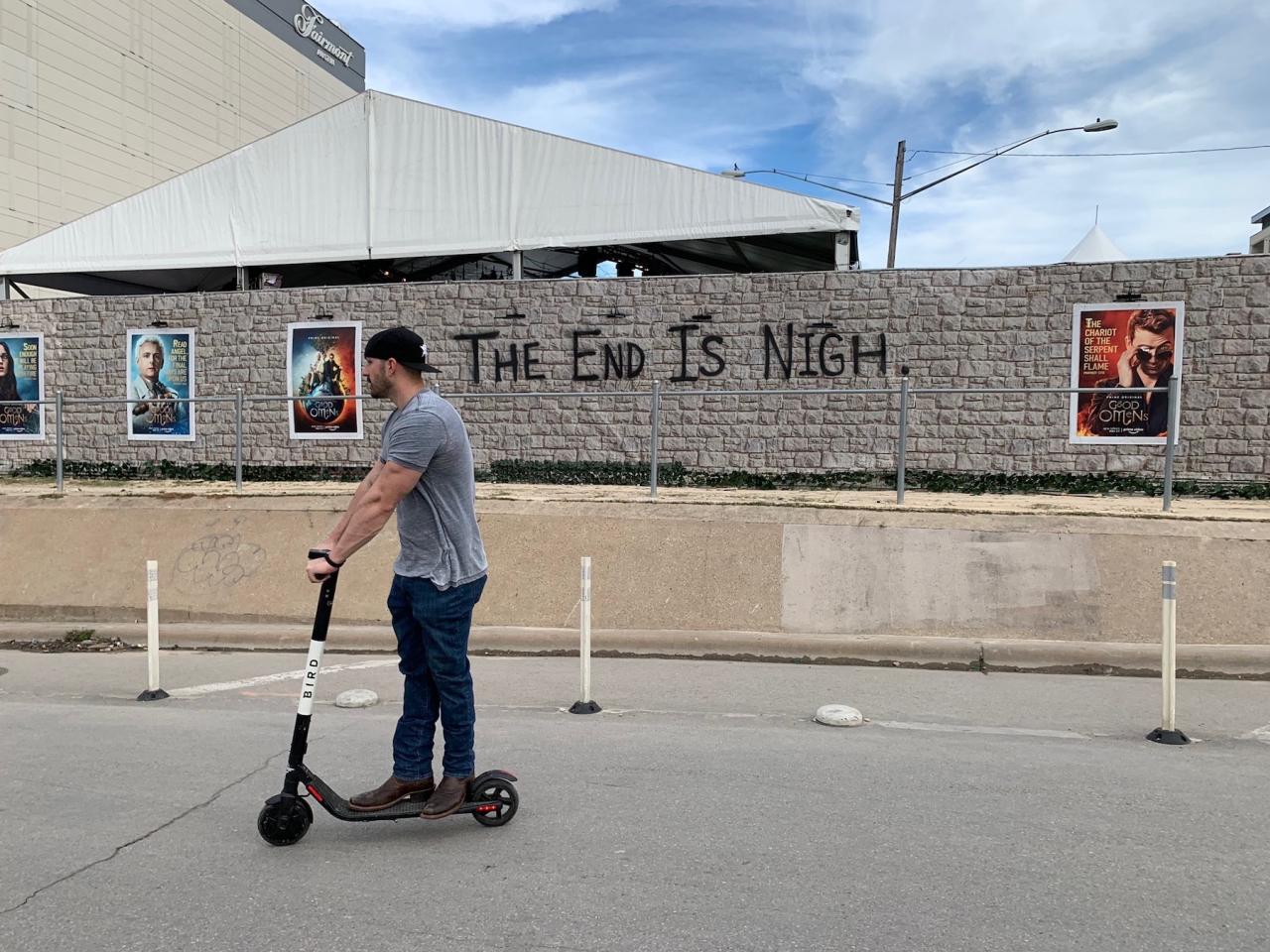 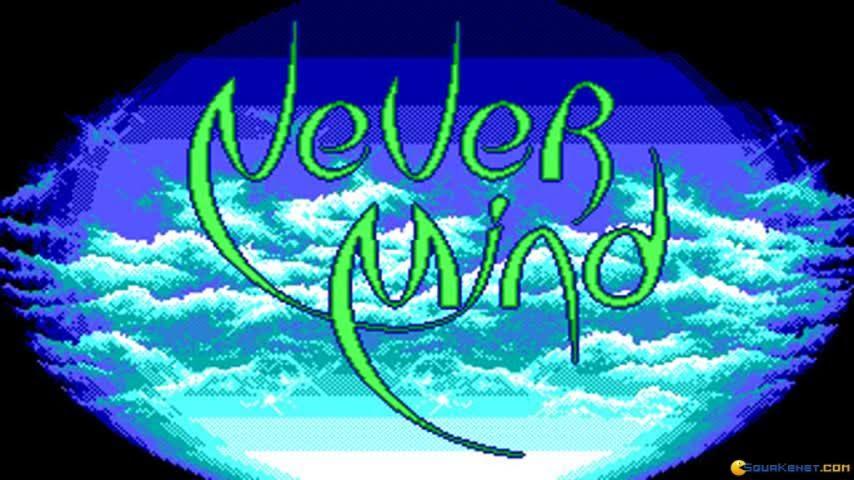 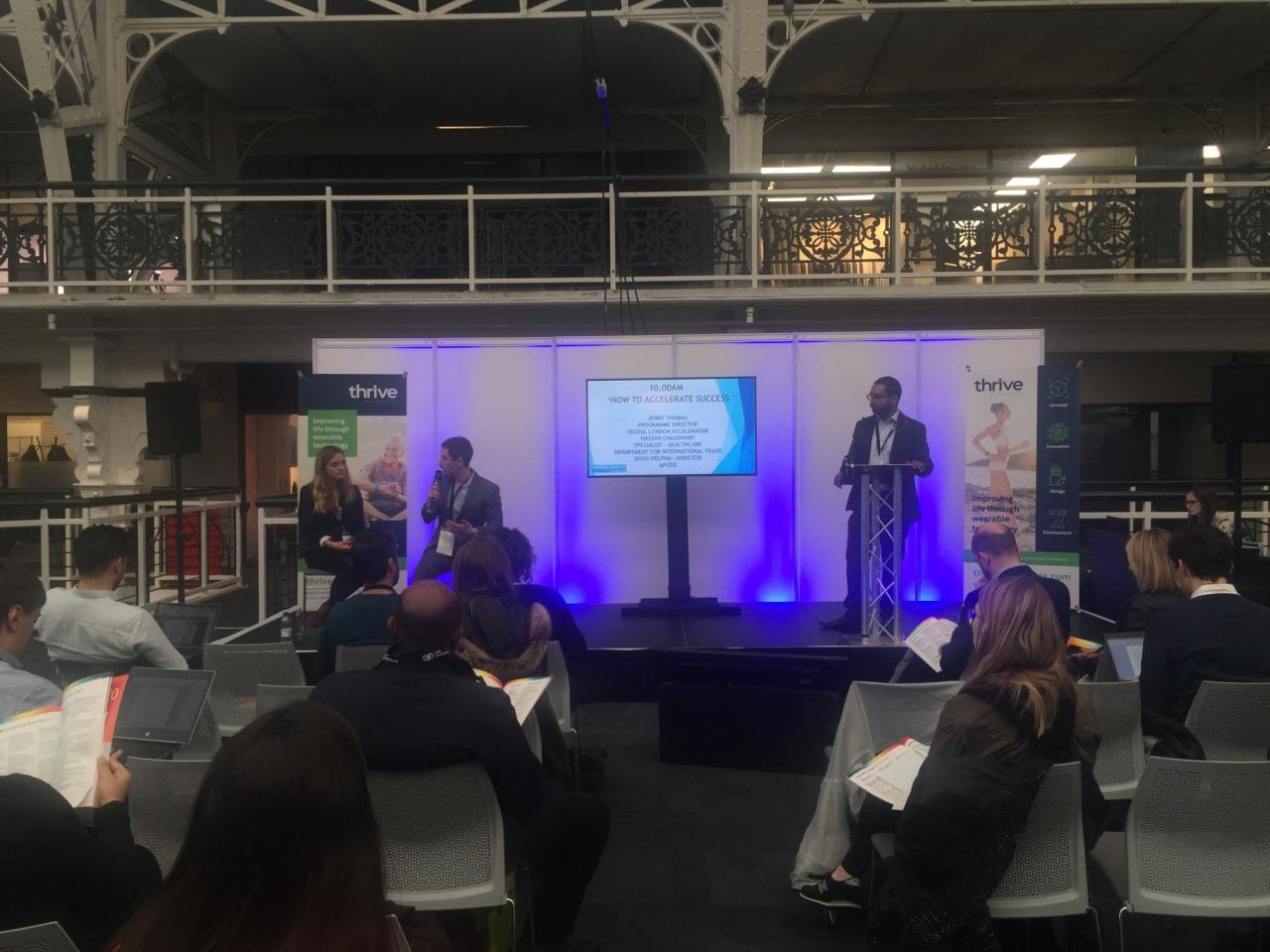 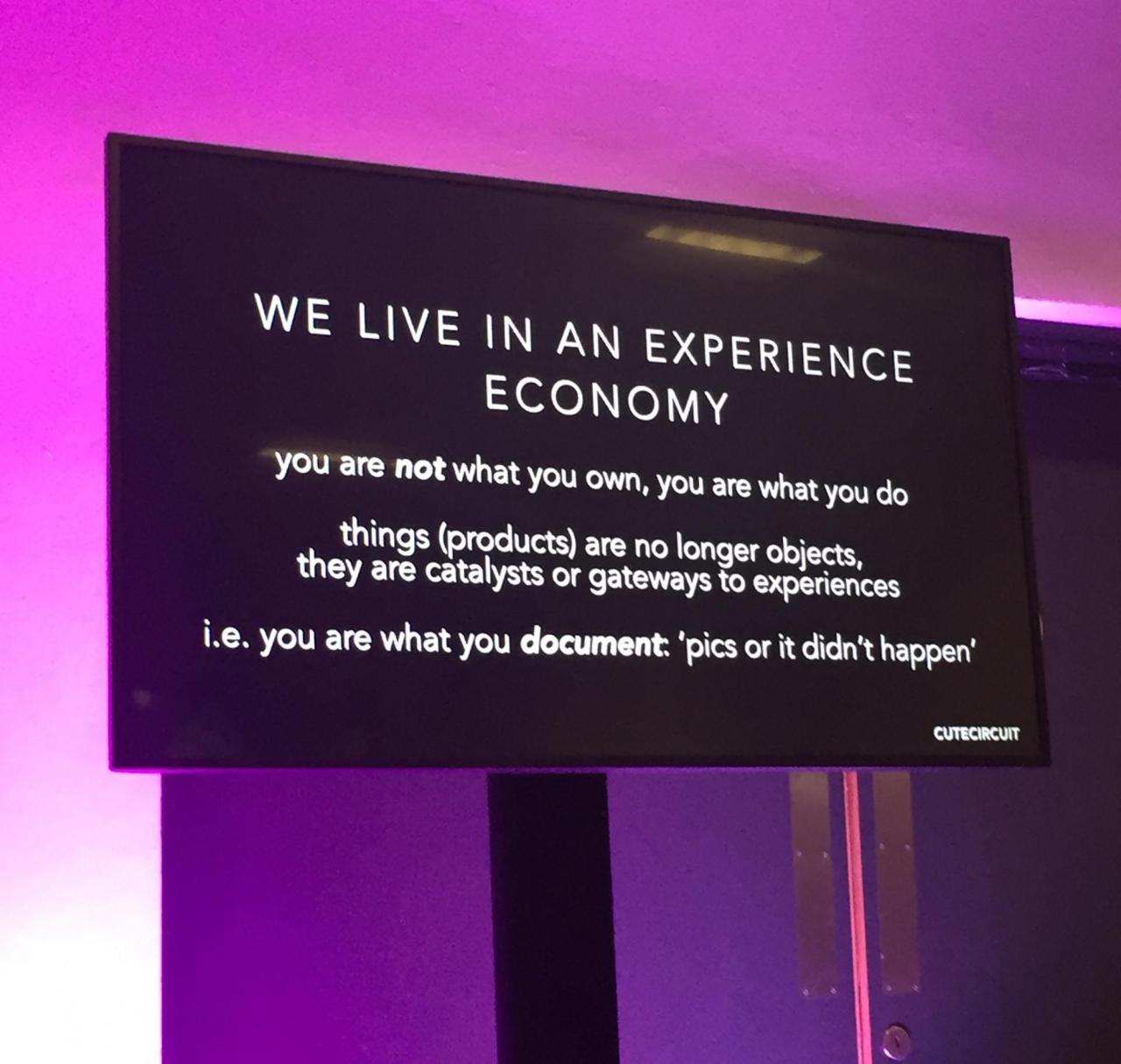 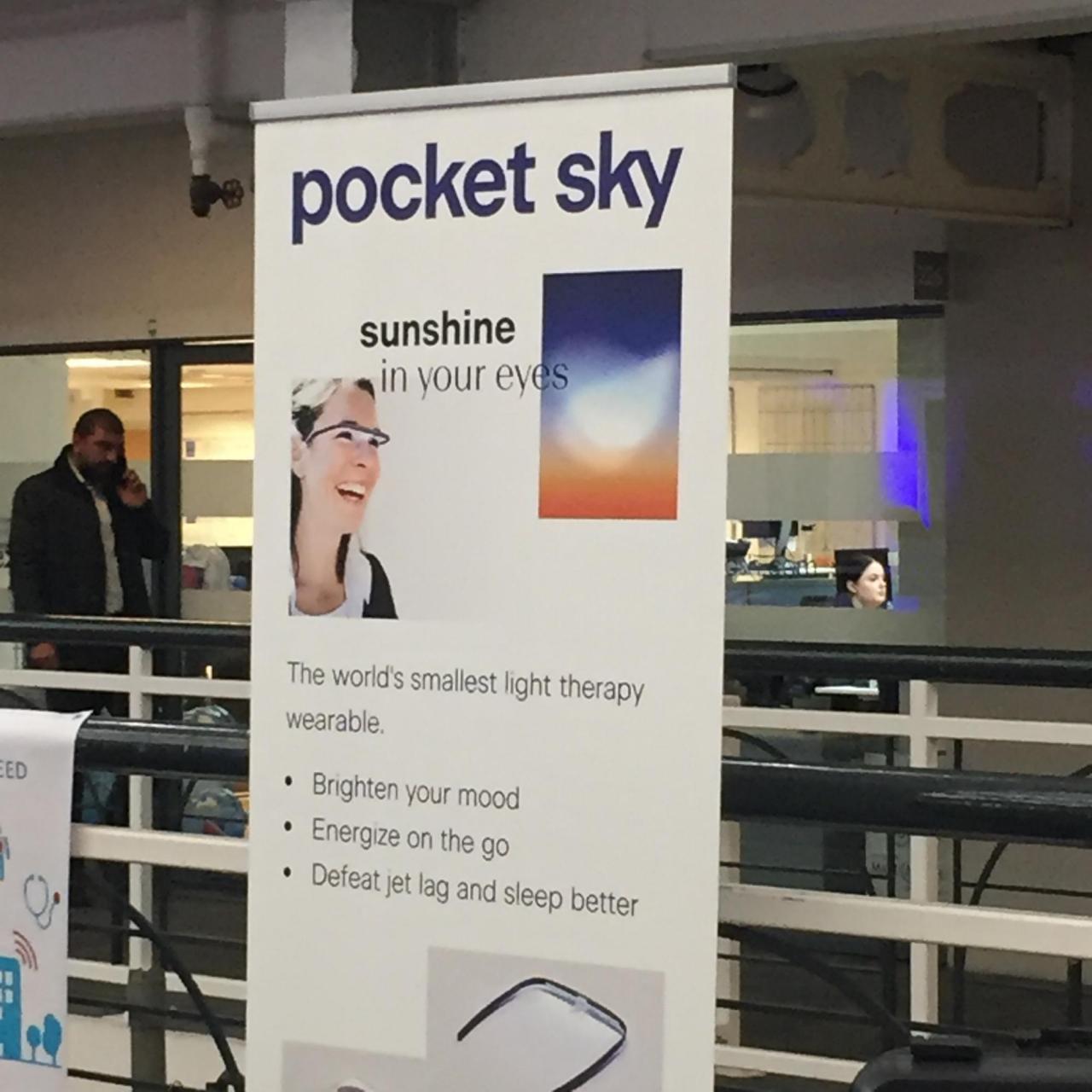 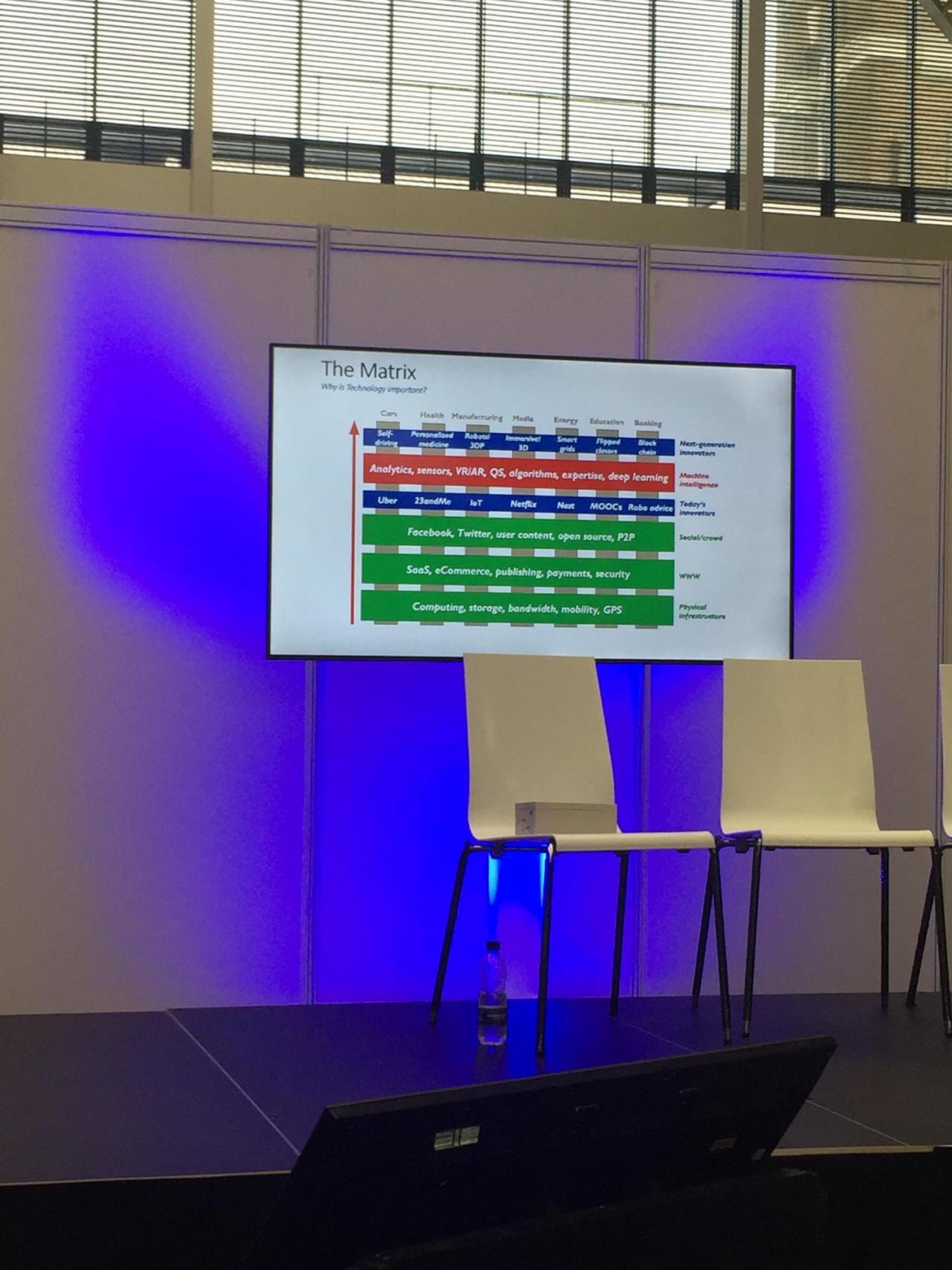 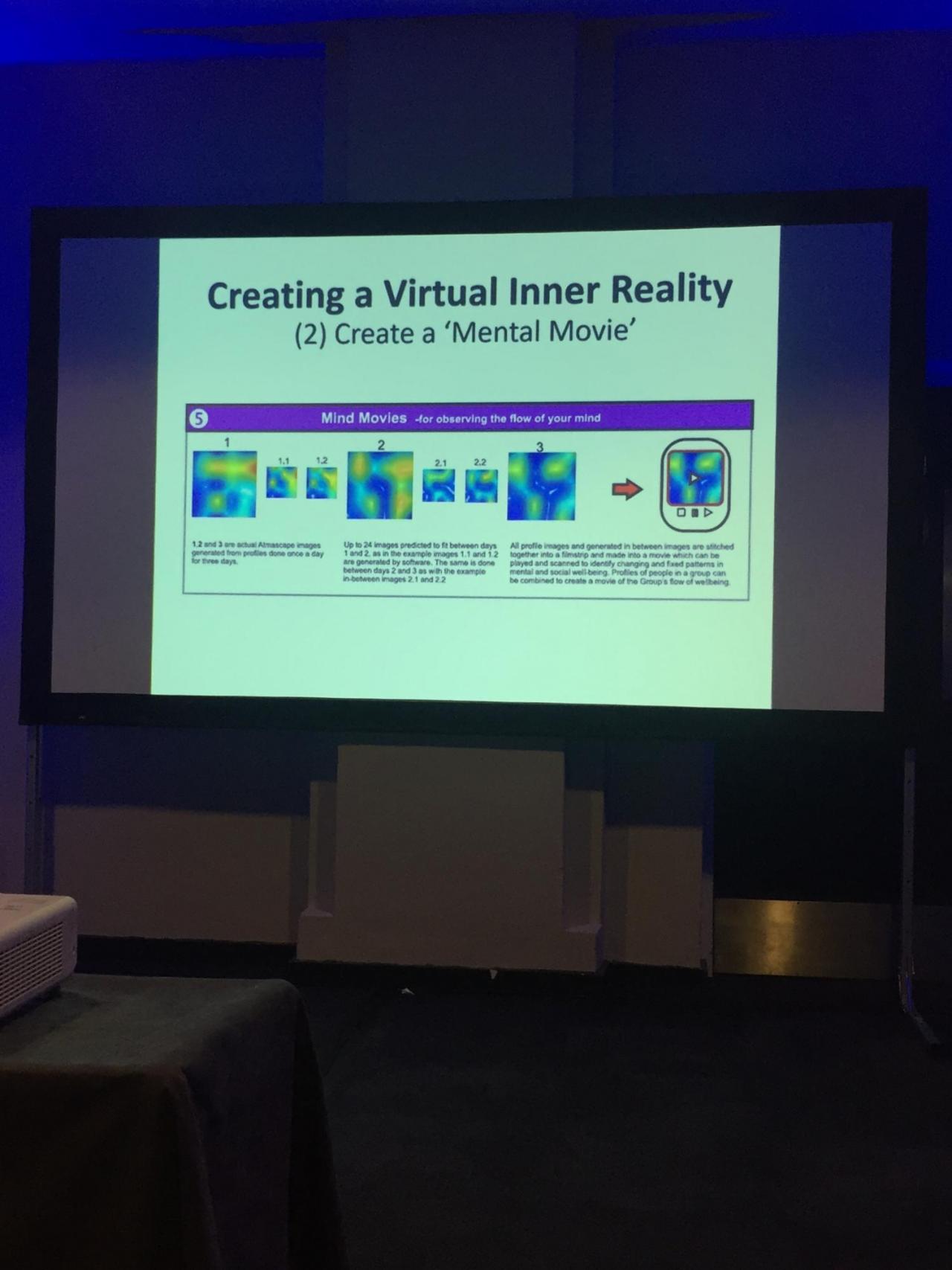 Gremlins for the Millenium

I didn’t take any photographs at the Bill Viola and Michaelangelo show at the RA. Not for the attendants plea not to (which rarely stops a seasoned brat) but because I’ve spent almost a whole life trailing behind screens like a wet shadow and I’m so tired. Aren’t you?

A friend tweets that the proud monotone she has had since adolescence is the long term result of disassociation. That makes sense, I think to myself in a monotone, since we’ve all been dissassociating since we were children. As a rigid contrarian I suppose that’s also how I end up at the London Wearable Tech Show the following day, but let’s swipe back to that later.

The Viola show is named “Life Death Rebirth”. The church, the west, the screen. What a cycle. Can light be destroyed? No, because it is energy which can only be changed from one state to another. A friend gives me a sip from her Starbucks communion cup, the only caffeine I’ll have to steer my lapping thoughts as we drift through the church-like spaces of the Royal Academy. She tells me her tarot reader has seen her own rebirth in April, which doesn’t sound like fair warning for such a quick one. Oh but I’ve already been swimming through it, I think, she says.

There is water everywhere. Bodies plunge and drift or hover above it like naiads. A final work uses water to show the Ascension (or an ascension anyway), pouring upwards from a slippery slab into unknown heavens. How did they do that? My companion asks. It’s shot on film but it’s played backwards, I say. Fast forward three days to learning of this.

I can hardly look at the Michelangelo drawings. The two artists are ostensibly paired for common ground in an approach to spirituality, and for the influence of one (long dead) on the other (alive). Most of the Michaelangelo’s belong to our ancient Queen and her time which lies beyond the tyranny of electric light. The formal connection is in their simplicity: just bodies in space. The grand and the grave always seem to carve away at complexity in this way.

So I try but I just don’t have the attention span. I was given my father’s old Acorn around the same age his own father died (six or seven) and before that there was always the black-eyed constancy and nonsense babble of the television. I started life on the computer playing Lemmings and Zool and sometimes wonder if I ever did stop tumbling through worlds as the gremlin ninja of a dimension sponsored by a Spanish confectioner whose name is taken from the verb 'to suck'. Oh well. Never surrender, never despawn.

Today any baby born into civilisation is born first as an image on a screen. I remember when children used to appear as whale music, but today they make 3D scans of them in digital mud. Someone I love has shown me hers and it took a lot not to break waters of my own all over her phone as I stare in wonder at the strange peaks and troughs of her Coming Soon daughter between worlds. In the image she makes a defiant facepalm into the void. Good. She already has a sense of humour.

I arrive at the London Wearables and Digital Health Show with a hangover, the communion Starbucks having transmuted not into the blood of Christ but into the blood of oranges (Negronis you see). I convince myself that feeling more fragile, more human, or emotionally slippery is what separates me from these wind-up men. But the next day (sans hangover) it’s the same.

I always loved that Futurama’s Bender was a barfly. Few technologists or futurists seem to consider that if machines really were to develop something akin to human sentience and sentiment they might want to piss it into the wind as we do. As a tribe, they are always the last to notice that the machines and processes they build are themselves. Flaws and all. Maintenance. There’s all the future is.

But for the trick to work the culture must remain, at least on the marketing side, truly a religious order. And so the trade fair clergy prowl the stage like evangelical wolves at altar; making those TedX gestures we’ve all seen on Youtube, genuflecting to the holy entrepreneurial spirit. Or stand sentry at product booths waiting to catch humble pilgrims drifting into their grasp for some diabolical reverse confession: they’ll suck the urge to sin straight through you. And those exhausted prayers! Innovate, disrupt, integrate... All meaning rinsed out like blood from a rag. For me, this is the real sacrilege, the passion of words. To twist and nail them, to drink their blood. Hypocrite apostate me.

The panel which disturbs me the most is entitled “The Science of the Mind and Sleep”. Someone from Sleepio (a CBT platform I refuse to link to but if you Googled you might find the CEO’s press photo on a community website for “doctorpreneurs”) tells the audience that she’s passionate about “digital medicine” and paints a picture of it as some white colourway knight rescuing the sick from Big Pharma’s skanky retro skull cave; even manages to bust out something that looks like concern when she says we face a sleeplessness epidemic – although of course neglecting to say this might be because most of us spend our nights jacked into pocket suns that are killing us. She cites a study by the RAND Corporation outlining sleep deprivation as responsible for a lack of productivity, “lost outcomes in adolescence from people not achieving their potential” causing an inability to train effectively and also early mortality. “Statistically speaking, people who get fewer than six hours sleep are more likely to die early,” she emphasizes this “and that actually has a huge cost economically”. When she dies just put her net worth on the headstone then I guess.

Next she gushes that healthcare is the frontier with best growth potential for tech since it’s one of the few places people (jk, consumers!) are still comfortable offering their data. The human body: your vital signs are our precious lode. When someone in the audience asks a question she goes cagey until he interjects with “to be clear, I’m not worried about privacy, I’m excited by data”. “Ahh”, she beams, “Our solution works best at scale.” Her sleep-troubling expression causes one to wonder if her own nights are spent staring into the black sun.

There’s more. A man who seems even more tragically incapable of empathy wants to scan and build immersive maps of the emotional landscape of different user’s minds. He calls them Ātmascapes. So to be clear, he wants to map the soul. On another panel he marvels at a device which transmits via haptic feedback the heartbeat of a mother and baby to one another allowing for a “a shared biological experience and a bond between parent and child you might never otherwise get!”. I wonder why he is so alone inside himself that he doesn’t know what it is for a parent to hold their child. As I watch the hysterically crude rendering of his inner scape I think of the evangelist killed by the Andaman people he wanted to convert to his Christianity and of the Jarawa people of those islands who said: we don’t need your world.

Aren’t you exhausted by this wasteland? Don’t we want flesh and earth and chlorophyll and fur? I’m so sick of the hard surface we can never leave. Of colonised mind and the truth which conceals that there is none. I know I repeat myself, raging against the screen. And after all it contains people to love, terrible adventures and all the knowledge that there is. But as Patricia Lockwood wrote so eloquently in February it also sends us to the fringes of existence in our own world, turning our thoughts into reproductions and towards tomorrows that never come.

ELLA PLEVIN is a writer and contributing editor for Spike based in London. A new installment of her online column “Now Zero” will be published every last Wednesday of the month. Last time she thought about Baudrillard's claim that reality is far cheaper than fiction while out on the chroma key corral.

Ella Plevin's column Now Zero is published once a month. Last month, she wrote about Baudrillard.