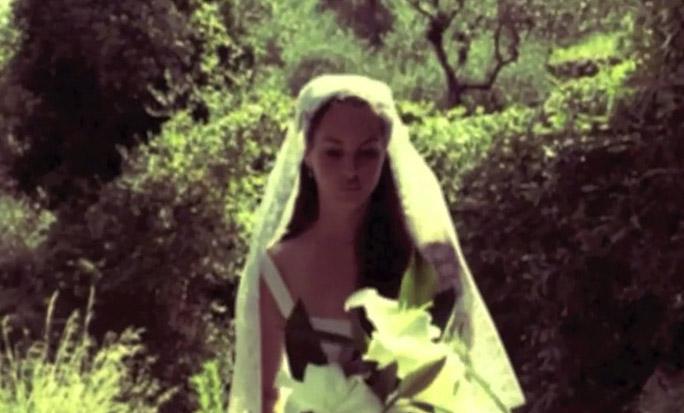 For the summer of 2017 Spike invited Natasha Stagg to do the same: one text a week, of any length, on whatever she likes. One summer long. This is her fifth report:

Sometimes, depressing shit just piles up and becomes a stack of evenly flat turds. Other times, a large-scale awful thing feels minimized by personal drama. The shit is everywhere but it’s gaseous, just in the air. America (the world?) is obsessed with poop humor right now. Based on the poop emoji, there is a cartoon character in a children’s movie named Poop; there are poop-shaped birthday cakes; and poop-shaped pool toys float, like real poops do, in pools this summer.

Last weekend, I was upstate for a few days for a wedding. We listened to the new Lana Del Rey album on the way up. I rode with coworkers and knew no one else there, but the Tannersville, New York setting was dewy and surrounded by peaceful mountains, the hotel beds extra downy and crisp, the ceremony laden with euphoric moments. The bride walked down a grassy aisle amidst the softest of rain, a Mazzy Star song swelling. I cried several times, and I’m not even close to this couple.

At the dinner, I was seated next to another coworker, who, it turns out, was in a band with my ex-boyfriend from ten years ago, back when I lived in Ann Arbor, Michigan. It’s weirder than that, though, because she was in the original lineup of this band, back when they had a hit and were touring the world, from 2001 to 2004, so I’d heard a lot about her. I had CDs and posters that had pictures of her on them. She was the bassist, but when I met the drummer, she’d quit, as had the second guitarist. Each woman was replaced by another woman, and then each another. The original women were like heroes to me –they’d gotten there first and gone out on top.

I dated this drummer for two and a half years, during which time I flew to London to see a new lineup play and went on tour with an even newer lineup as a merch girl. I told all this to the old bassist, who I’ve been working with for months, obliviously. I never thought I’d meet her, and especially not like this. Since quitting the band, she got a degree in physics and one in architecture, and now she’s considering law. Back when I was a merch girl for this third try at a band, I thought I’d reached some kind of groupie height and couldn’t imagine anything past it.

Once I was back in the city, I went straight to a going away party for some good friends, which was bittersweet. I was exhausted, though, and left early, only to receive a sort of devastating phone call once home. Suffering a loss is so much more acute than suffering the many burdens with which our horrific government is trying to punish us. A loss is right there on you, a weight that you can’t get used to, hot and cold at the same time.

The Lana album came at a good time, let’s say. So did an advance copy of Chris Kraus’s new book, After Kathy Acker. And a good Twin Peaks episode. "I need all the distractions I can get“, I texted another ex today. How does one stop from reaching for the phone, when one has to reach for the phone to do everything else? It’s been a while since I knew this frustration.

I do have a lot of distractions. This week, I finished two articles for two fashion magazines and some press releases. I know that my book is still being taught in schools since I keep getting Google alerts about it being free to illegally download. I was asked just yesterday to contribute to an art project and today I was asked to pitch a magazine I’ve never written for before. But nothing gets easier, ever. Everything gets harder and more sad because it happened again and it’s still not over or perfect.

NATASHA STAGG is a writer based in New York. Her first novel Surveys was published with Semiotext(e) in 2016. A new installment of Out of State will be published online every Friday for ten weeks. Last week she wrote about castings, consultancies and Cody Critcheloe.