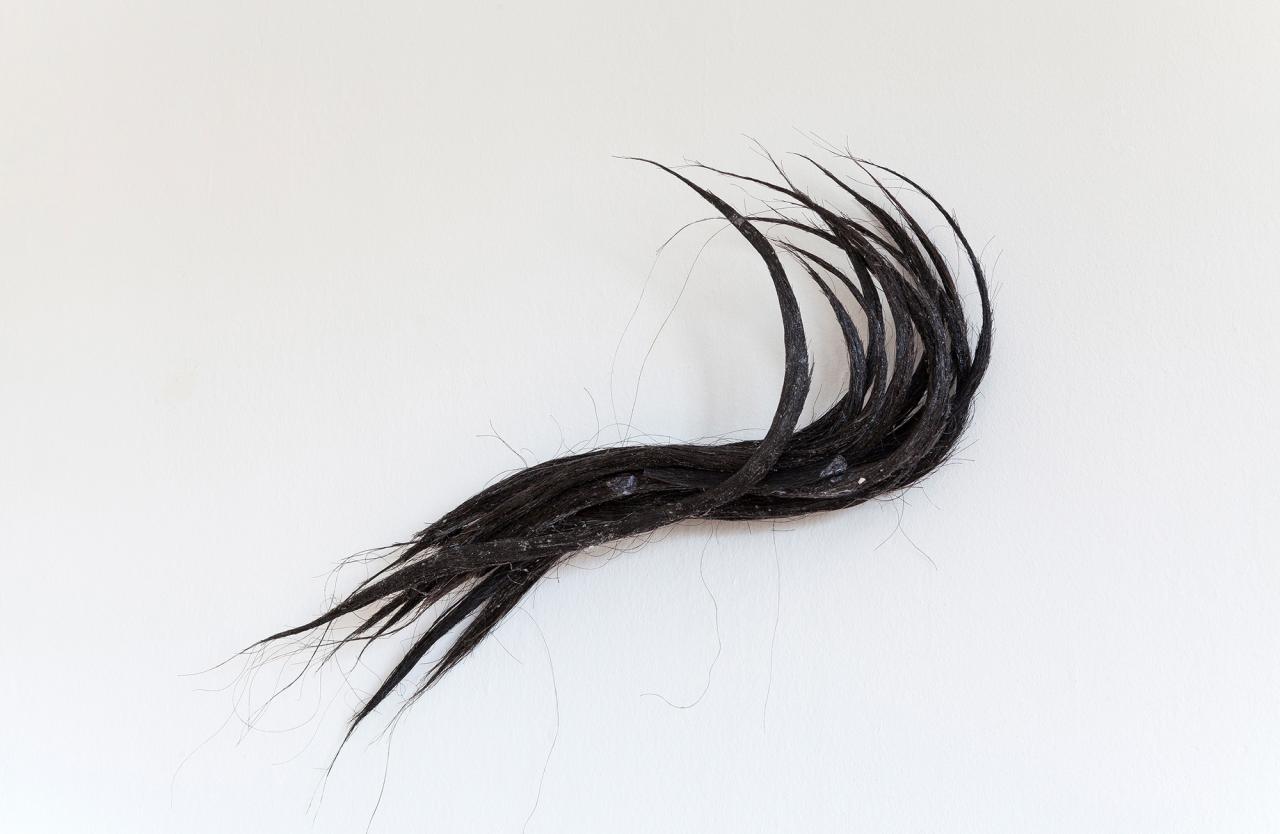 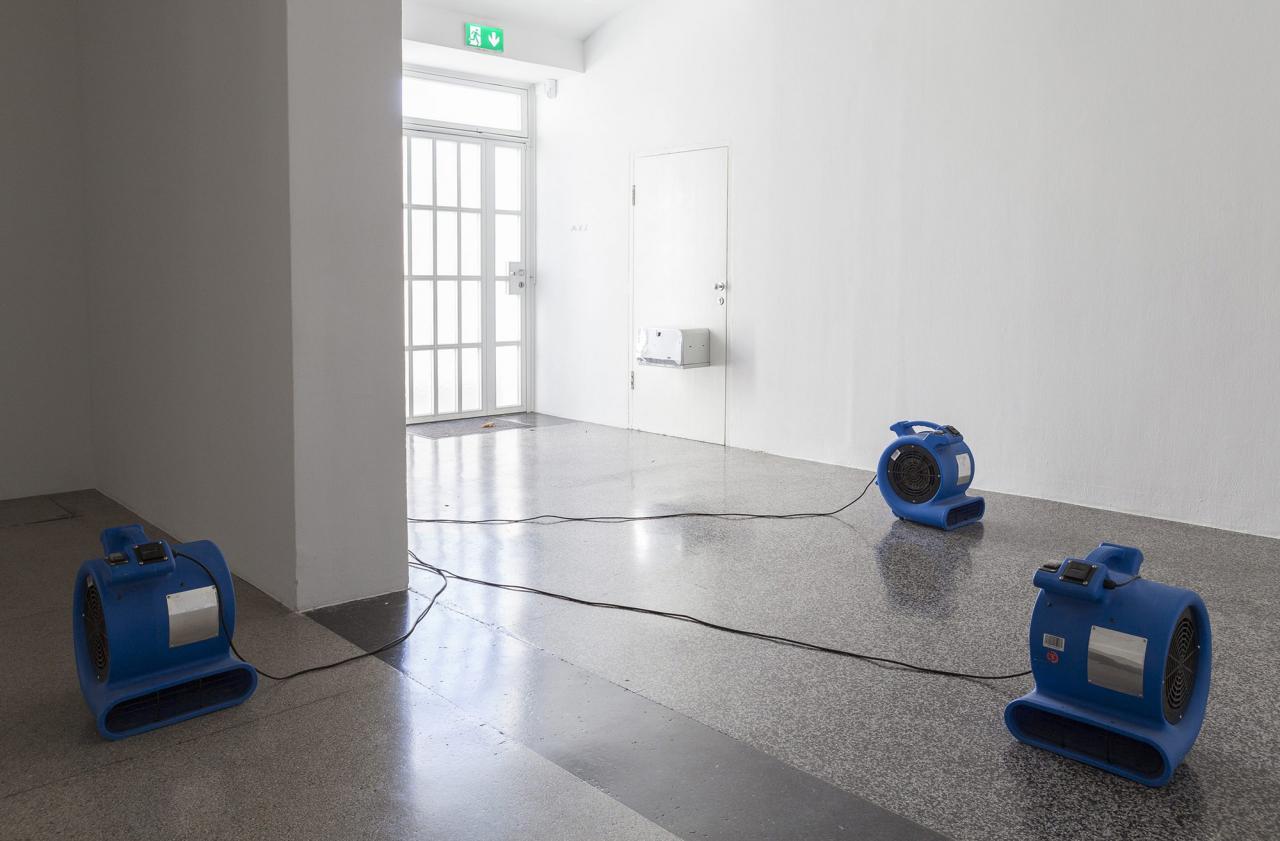 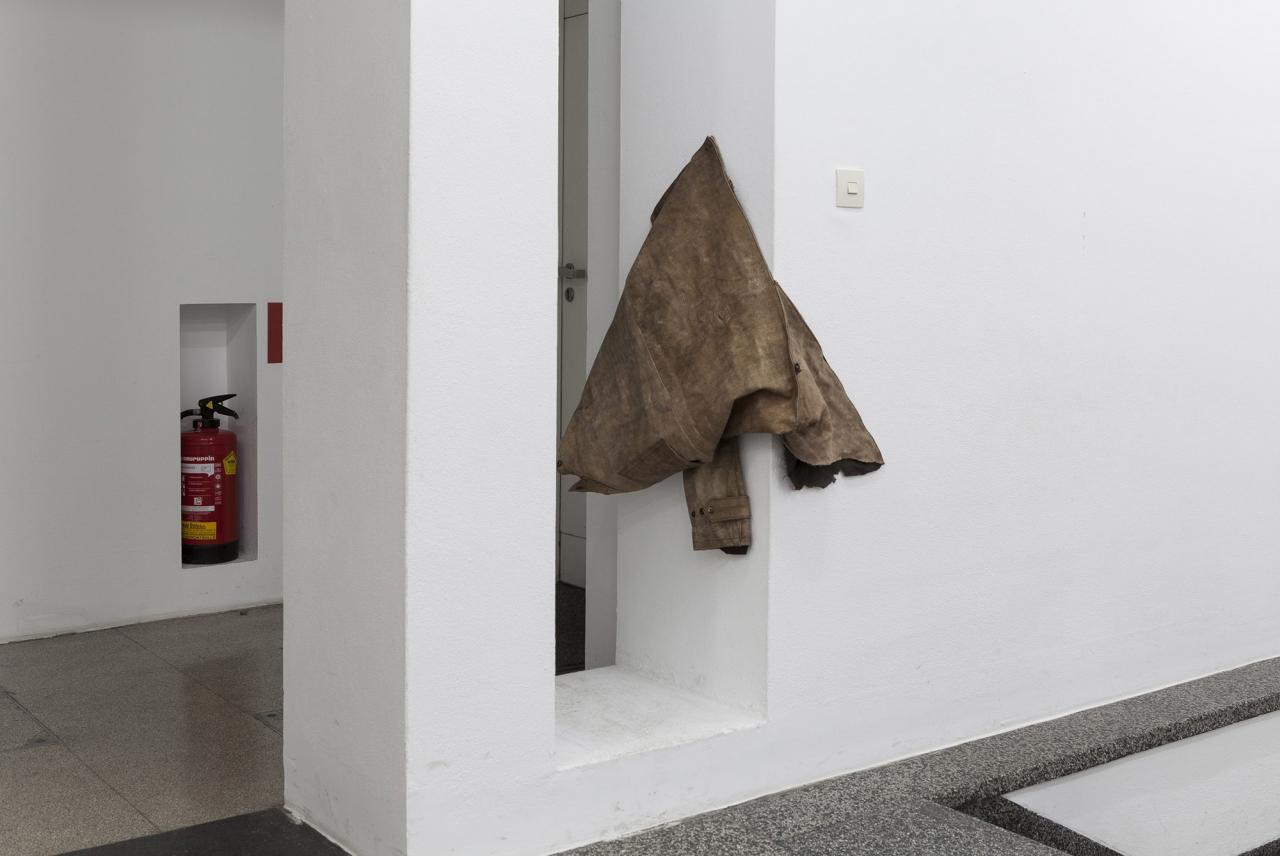 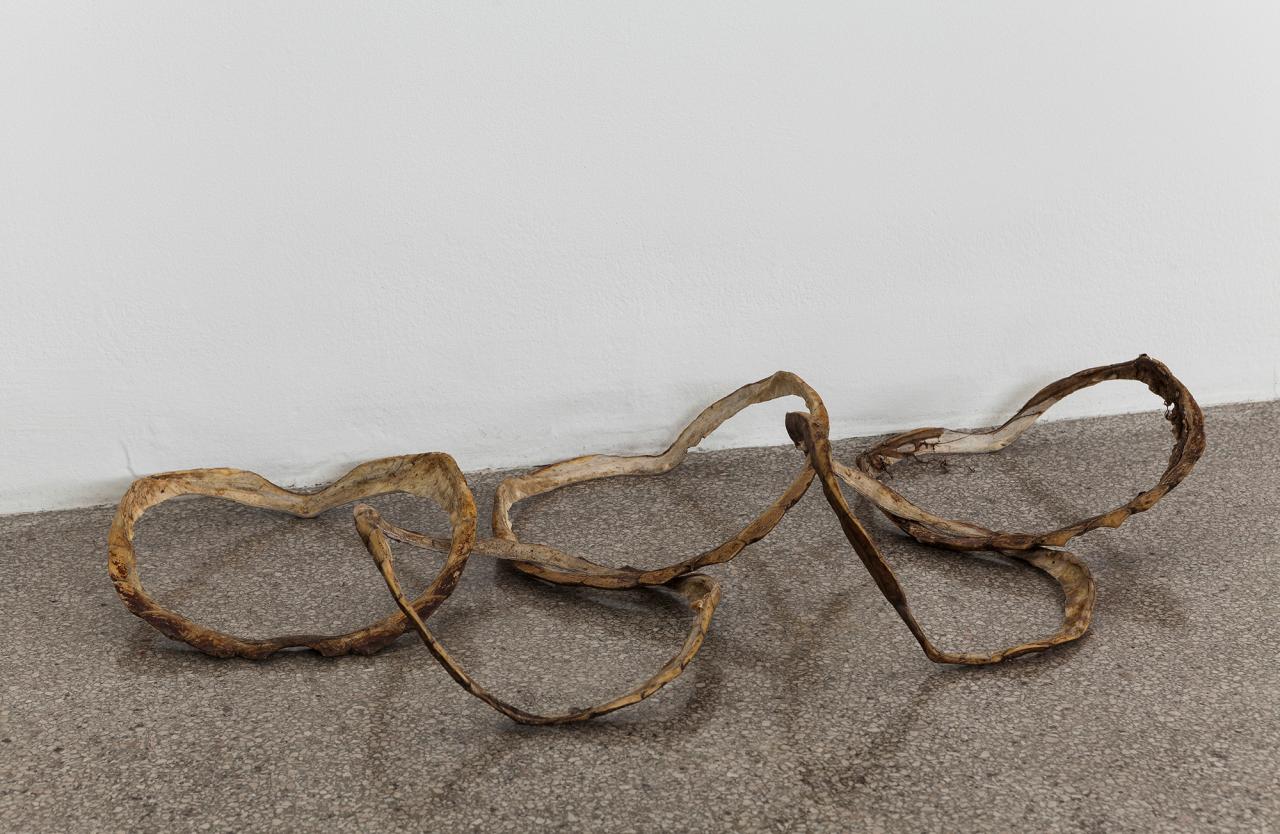 Prior to his exhibition at the Secession, Michael E. Smith (*1977) asked the institution to obtain some materials: a number of second-hand turbo fans, rocks from a quarry, a human skull from the nineteenth century, rabbit furs, an armchair sofa, empty guitar cases, and a huge assortment of dried pumpkin stems (others were brought by the artist). Neither the rocks nor the furs, sofa, or guitar cases made it into the exhibition, but they remain somehow part of it nonetheless. The motivation for much artistic practice is the next show, when most artists select which pieces will enter into a dialogue with their surroundings, spatial choreographies are tested, and site-specific works develop from there.

Smith’s understanding of the exhibition format is different, though. For him, it does not mark the final stage of a process but a temporary halt within an otherwise ongoing continuum. The date that finally stops the precise yet open process of adding and deleting, contextualising and adjusting, is how Smith conceives of the institution’s contribution to the scenario. If the exhibition had opened a day earlier or later, everything might have looked very different. The exhibition has no title, and there are no labels that indicate where things begin and where they end, or what is actually part of it. This vagueness- as-concept is precisely how Smith radically challenges the way we perceive the history-laden architecture of the

Secession as a space – phenomenologically, institutionally, and socially. Smith is a master of the less-is-more aesthetic, and his sparsely placed sculptural objects and readymades resonate intensely with their surroundings. His focus on just a few items and their placement creates a productive void, enhancing the potential significance of each work. Like monolithic sculptures that respond to their temporary existence in the here and now, Smith’s work becomes both an embodiment of codified meanings and a memento mori, an act of mourning for the economically and politically depressed present.

Smith usually starts his work on exhibitions by producing loose arrangements in the studio that are then tested for their affective potential and value as social and cultural signifiers. Nothing is finalised until it is installed on site, and much takes shape during this phase of experimenting within the given space. Installing at the Secession was reportedly a nocturnal activity, the artist assembling, arranging, and re-arranging the objects he brought over and over again, testing out various constellations and clearing away the remains before the staff of the Secession arrived in the morning. At the artist’s request, all structures that usually cover windows or doors were removed, and all ceiling lights switched off. The exhibition is illuminated only by the natural light that falls through the sparse window panes into the space (if at all), as well as stray light from outside. The lamps in front of the gallery have been reprogrammed, too: their warm tone has changed to an intense cold light that adds a silent exclamation mark to the idea of the white cube, the first exemplar of which in art history is the Secession’s main room.

At the entrance to the show is a leather jacket cut in two. It hangs casually between two pilasters and can easily be overlooked. Stepping into the corridor leading to the exhibition space, we encounter an old basketball with a grimace, illuminated from the inside as if it was an evil glowing jack-o’-lantern. Three big noisy fans transform an adjacent space into a wind tunnel and create a cool breeze that circulates through the entire gallery. Metal breadboxes hang surrealistically on doors as if they were abandoned mailboxes. In the larger gallery, hundreds of dried pumpkin stems form one half of a huge batman insignia on the floor, with the cut running exactly along the middle line of the terrazzo floor. In the corner, circular dried bones of animals are interwoven into something that looks like the Olympic rings. In these dysfunctional housewares and traces of faded superheroes is perhaps an allusion to the beginning of The Wizard of Oz – Dorothy struggling through the tornado; she’s too late to get into the underground shelter. Smith’s visual imagery is scarce, abstract, yet there are manifold references to current social and political contexts.  His works create an atmosphere both minimal and direct, resisting allegory or narrative. They feel like remnants of coded still lives, the keys to which have somehow gone missing. In their interaction with the space, the institution and us, they act as materialised traces of a present out of balance, but which the artist refuses to simply illustrate.

Upstairs in the small cabinet-like gallery is a human skull with two dried gourds protruding from the eye sockets, and a hairy something attached to the wall. This section of the exhibition already closed some weeks ago (after the general lockdown, the Secession re-opened in June, but only the downstairs part of the show was extended until September). The idea of an exhibition slowly disappearing while some interventions like the altered lights might remain unnoticed for years suits Smith’s practice well. The show had the very timely effect of creating a space-time that strangely mirrored the past months of quarantine and isolation, as if the halt in the regular course of things had caused an aesthetic withdrawal, augmenting our sense of what is still possible. Everything could shift, and the unreadable suddenly becomes clearly legible.