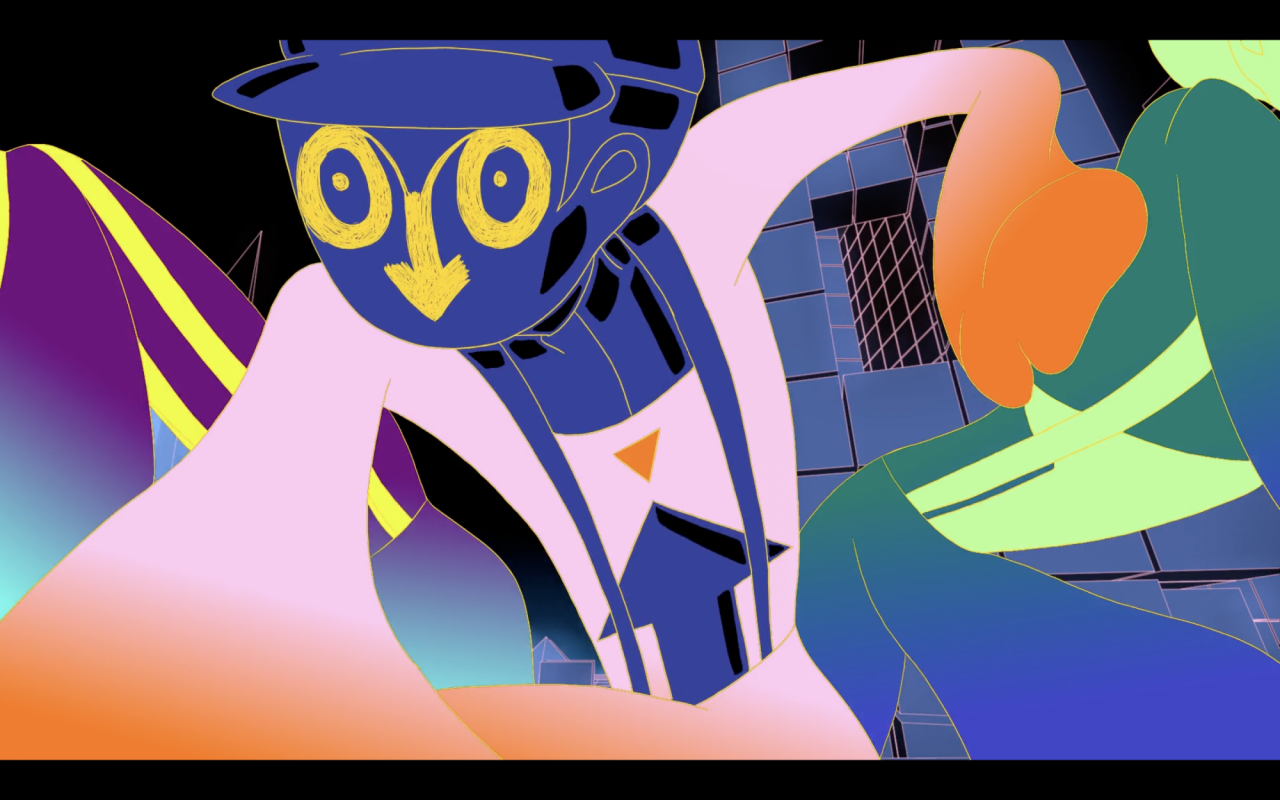 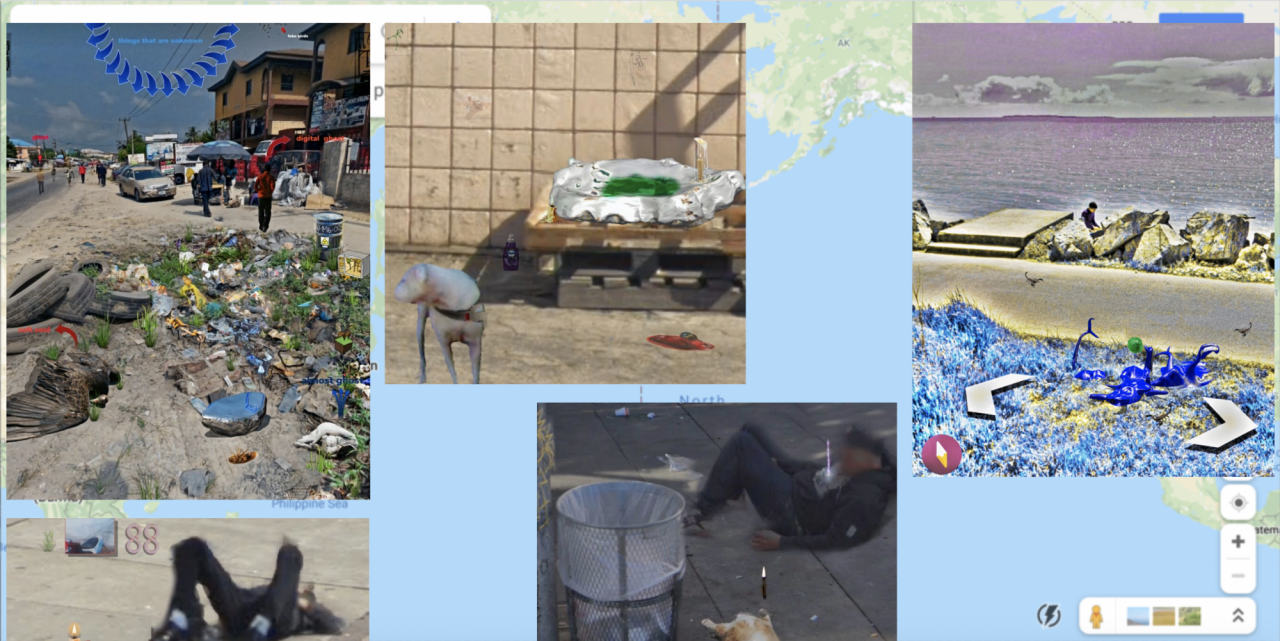 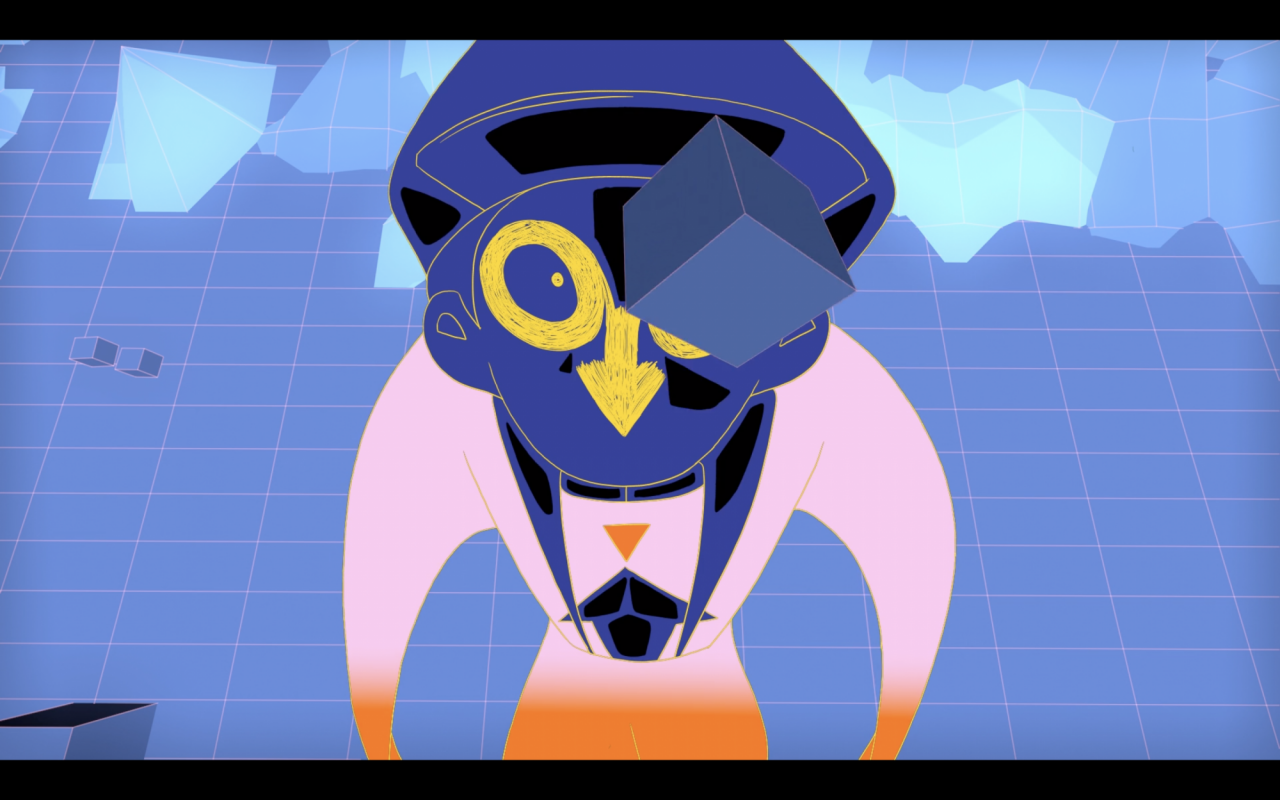 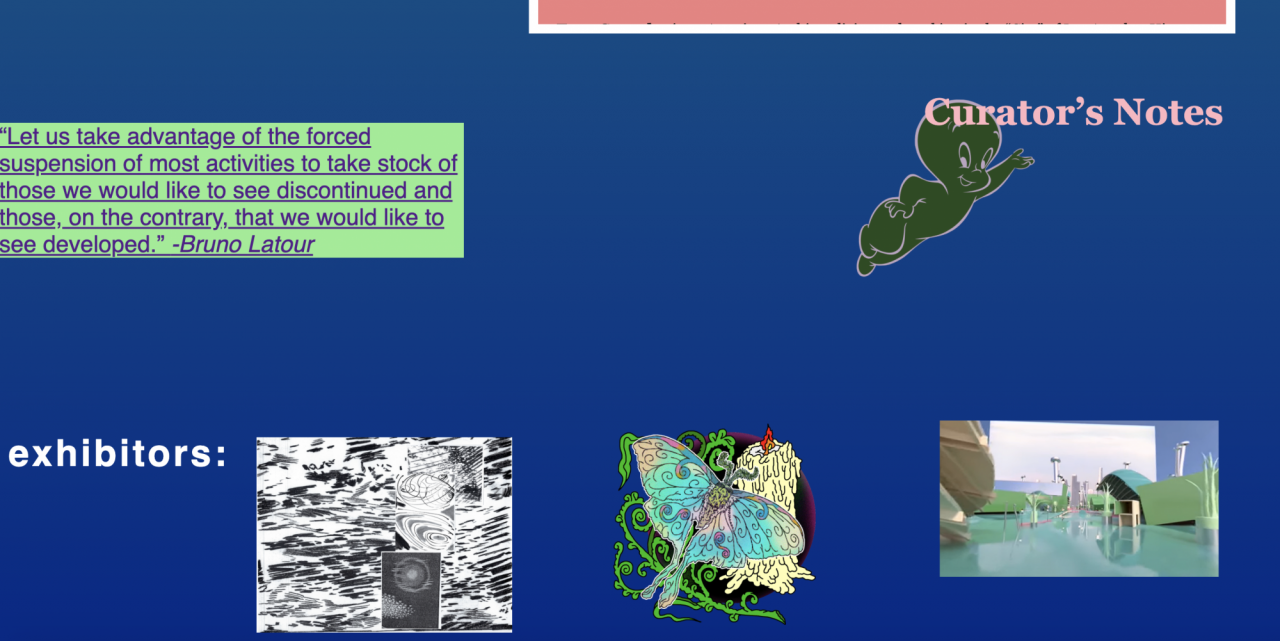 As the Contemporary Art Daily industrial complex took hold over the course of the 2010s, it moulded the physical, IRL gallery spaces that it depicted into homogeneous, photogenic cubbies: architectural mock-ups where works could be swapped and shopped and endlessly circulated. The embodied viewing experience has long been suppressed in the physical gallery – for evidence, one need look no further than Joel Sanders and Diana Fuss’s cultural history of the uncomfortable museum bench (An Aesthetic Headache 2015). But the manic uptick in online viewing rooms catalysed by Covid-19 threatened to deal the final blow to an already threatened space of reflection, as galleries shuttered, their physical spaces now only backdrops for hi-res install shots.

“Friendly Ghost”, the self- described “shore” of an “electric ocean”, constituted Miriam Gallery’s objection to the digital disembodiment fetish, its primary-coloured and delightfully crude homepage cutting through the legion of sleek, minimalist online exhibitions. “Friendly Ghost” is a group show, its ten contributors’ offerings each addressing the one question that, way back when (at the beginning of quarantine), seemed to dominate nearly every exchange: How to create intimacy without proximity? Against this backdrop – months of Zoom sex and screen fatigue – the exhibition’s line-up telegraphs a needed sense of gentleness, recasting the internet not just as a site of connection, but of contact, too.

“Friendly Ghost”’s coarse but colourful website resonates with what I sometimes hear referred to as “brutalist web design” but prefer to frame as “HTML optimism”. Not to sugarcoat things: this site is a clunker. But there’s a certain tactility to its early net aesthetic – a sense of friction between me and my browser that’s been otherwise lost in the seamlessness of most contemporary UX design. Emma Rae Norton writes about how hand-coding websites in HTML/CSS actually reframes the notion of being “close to the metal” in computing, facilitating close, caring engagement with digital interfaces that we too easily take for granted. In their austerity, basic HTML sites such as “Friendly Ghost”, with their human-readable code (try checking it out in the console yourself!) and ad-hoc design can offer a way of feeling “close to the metal” without buying into hacker culture’s politics of exclusion.

Some highlights from the eclectic webpage: In Synched (2018), an animated film by Cassie Shao, a couple of gelatinous figures slink through a psychedelic landscape set to a soundtrack of ASMR-inducing sweeps and clatters. Their blobby bodies whir around contrapuntally against a flickering digital grid, ike a fantasy city of infinite computation. Clocking in at just under two minutes, Synched meets the needs of my now (I fear, permanently) withered attention span, relaying soothing, simple shapes across my screen that has otherwise become a permanently stressful porthole to a platform-mediated world.

Jamie Raap’s AI finger-painted ghosts are another highlight, their mushy forms reflecting improbable configurations of light. They look like Alexander Calder mobiles from Candyland crossbred with deep-sea molluscs, “soft and slightly gooey to the touch”, as Raap puts it in the work’s description. But, of course, touch we cannot: their bodies are just the computer’s libidinal fantasies, cobbled out of training data into conjured forms that evade our limited human logic.

Ian Bruner’s contribution splices still frames from Google Street View onto a static map of the Pacific Ocean. Scrolling over the frames as if to caress them, visitors are greeted with a suite of images that, on inspection, are actually packed with detritus. Deep-fried, solarised, and loaded up with hastily-photoshopped objects – a bottle of dish soap and discarded goldfish among them – they amount to vanitas portraits of digital waste.

Zooming in on the slumped personae in Bruner’s thumbnails, I shudder to think of all the plastic takeout containers I’ve accrued this spring. What does it take to uphold the facade of seamless digital communication? A world of detritus as toxic and trash-strewn as Bruner’s images depict: server farms sucking up more energy than the entirety of Ireland, devouring resources more greedily than I mainlined Wheat Thins during quar’s darkest spells. And, of course, there it is, the inescapable squeamishness of bodily being. Although the last few months have pushed us to the precipice of digital disembodiment, the unequal realities of offline space persist, demanding action. Human bodies need to breathe, they need housing and healthcare; these needs remain unmet in our material world along jarringly racialised lines.

It would be frankly irresponsible to write about ghosts and nostalgia without invoking the late Mark Fisher, whose theory of “hauntology” suggested that apparitions from the cultural past reverberate to mark the cancellation of the future. This waning of possibility, he argued, “meant the deterioration of a whole mode of social imagination: the capacity to conceive of a world radically different from the one in which we currently live.” On the contrary, “Friendly Ghost” insists that a more equitable future is not only possible but underway, so long as our efforts don’t burn out. “Let us take advantage of the forced suspension of most activities to take stock of those we would like to see discontinued and those, on the contrary, that we would like to see developed,” reads a quotation from Bruno Latour, embedded on the site in web-safe sans serif. Similar passages in “Friendly Ghost” highlight community relief funds, catalysing hopeful action while drawing viewers back into the rough, embodied world of dis-ease and inequity that the sleekness of a white cube, whether online or off, too often imagines we might ignore or forget.

A record of the presences that have passed through “Friendly Ghost” resides at the website’s footer. I was, admittedly, a little sad to see that by August, as of this writing, the comments section had only been filled out by a delicate few, now many months distant. Two visitors shared links to playlists that have been keeping them company; one left their mark with elaborate ASCII art. It’s a little unclear what form the dots and slashes are meant to add up to – a sideways butterfly? – as the characters all got squished to one side, a casualty of the plain-text interface. Its essence shines through, though, an apparition of touching approval now living out its second life as binary data stored on some server farm. On 11 May, Jennifer Schmidt said: “I stopped by, and enjoyed being here.”

Adina Glickstein is a critic based in New York.